I was having lunch on Bedford Street and I took a quick picture of the inside of Chumleys. Man. The place is completely gutted. Chumley’s is a bar and former speakeasy. From Wikipedia: “It was established in 1926 by the socialist activist Leland Stanford Chumley, who converted a former blacksmith’s shop near the corner of Bedford and Barrow Streets into the Prohibition-era drinking establishment. The speakeasy became a favorite spot for influential writers, poets, journalists, and activists, including members of the Lost Generation and the Beat Generation movements.”

I didn’t love it because it always smelled like cat urine (back in the 80’s). And we know how much I love cats. 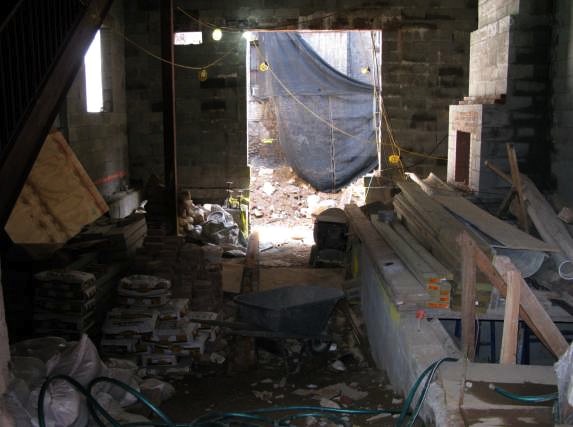 Virus and the City: Spring Cleaning

I Want To Travel Around in Time