I had the wrong number for my new dentist so about a week ago I dialed it and now almost every night since some guy in Michigan (who sometimes sounds drunk) has been calling me, twice after 1 in the morning. I think I dialed it again by accident. He realizes it was a misdial, but “call me anyway just to talk.” Ew, ew, ew. I don’t pick up because I think any kind of response may only encourage him, he clearly has problems. A person without problems wouldn’t be doing this. I hope he gives up soon.

Meanwhile, I go back tonight for more root planing and scaling. Oh boy.

This photographer was up on a ladder at 7th Avenue and 11th Street. I’m guessing he was taking a picture of the closed St. Vincent’s, but maybe not. 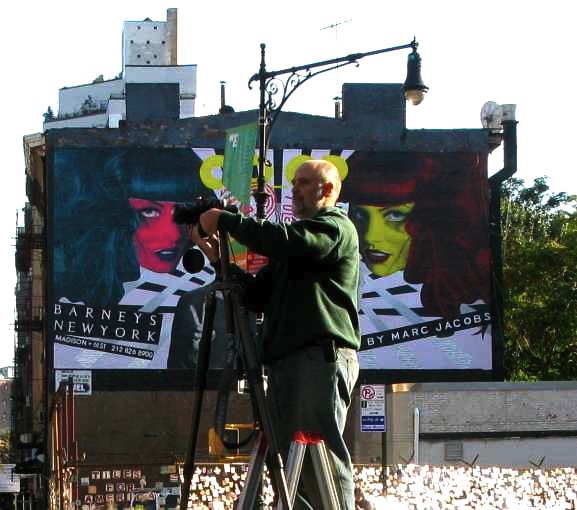 Hiding Out on New Year’s Eve