AND, I just finished watching this show about John Wilkes Booth and the controversy about whether or not he died in that barn. It was quite interesting! But it ends with a question mark. They’d petitioned to have the body of Edwin Booth exhumed so dna tests could be performed and then compared to the fragments they have of Booth’s body. They’d also have to get permission to do dna analysis of those fragments, and the show ends with no answer about whether or not they got permission for either. So I google it and learn that they’re half way there!! Article here. Although, since then I’ve read more about the controversy and they left out some information that makes it seem less likely that Booth survived.

I took this last night. This restaurant had chairs set up outside. Who would choose to sit outside?? 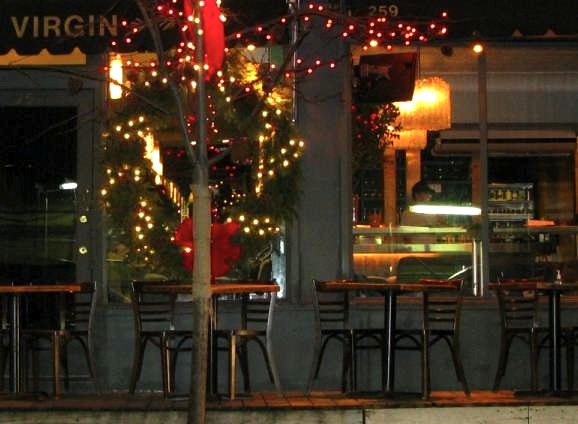 Hot Weather – I am Not a Fan

3 thoughts on “A Christmas klaatu42 Video!!”