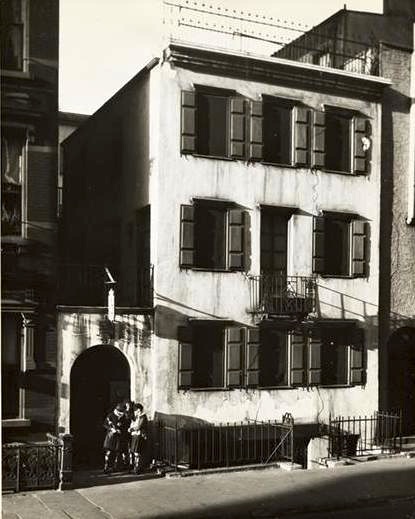 Here’s that building I posted about two posts down, but in 1937. I grabbed this from the New York Public Library images database. Or was it from the new Museum of the City of New York one? I don’t know! I’m losing my mind!

I blame my teeth. I do so much worrying about how much it’s all going to cost and how awful it’s going to be I have no brain cells left for anything else.

I keep discovering that many of my favorite composers were practically infants when they wrote my favorite pieces. I just started researching a 16th century piece and the composer was 28 when he wrote it. Twenty-freaking-eight.

I don’t know a lot about the 16th century. I trying to find out what life was like for the people who originally sang this piece, seminary students I think. I’m hoping to find a book like: What Life Was Life for Seminary Students in the 16th Century Written Expressly For Stacy Horn Because We Thought She’d Need it Someday.

A Cat Belly and ME on TV!