Damnit. I have to leave for my temp job. No time to say anything. I was going to post about the words to a 14th century motet by Philippe de Vitry titled Rex Quem Metrorum. I wrote them down last year and they’re so weird I must have gotten them wrong:

“It must be proclaimed openly at the meeting-places, the abominable madness of these ages, the demented frenzy of dogs, launched on the world by the eternal Satan …”

My plan was to look it up and write about it. Some other time!

You know that billboard I keep posting pictures of? It’s on Park Avenue and turns out my temp job is a bunch of blocks uptown from it. 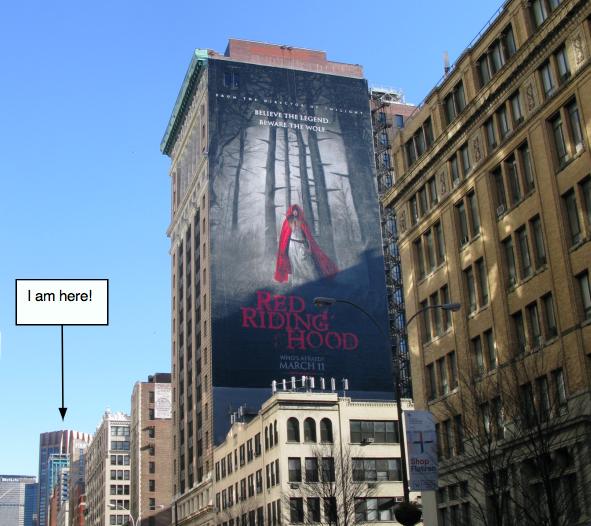