Running late for my temp job. We were talking about Japan all day. We were also comparing how different countries covered it. We looked at the New York Times, The Guardian and Al Jazeera. The Times was the most alarmed at first, but by the end of the day the others were alarmed too.

The artisanal ice cream truck that parks on Bleecker. And tourists. 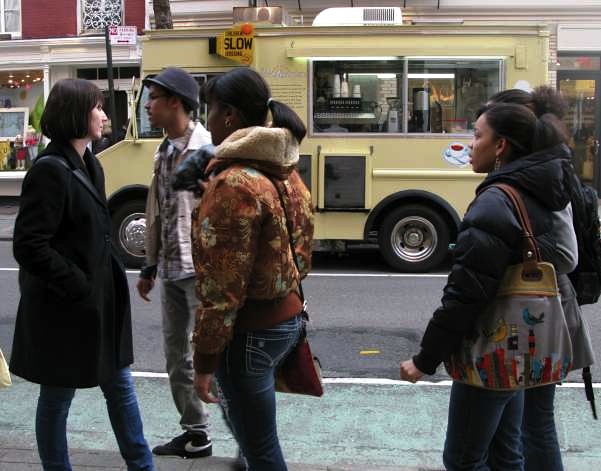 What do you do on your smartphone?

Virus and the City: Walking

4 thoughts on “Late for Temp Work”