And I’m sorry about the “nut jobs,” but come on. I am enjoying the response to the end of the world predictions. Like the CDC’s Zombie Apocalypse page [the page I linked to is gone]. I can’t imagine the parties that are going to happen in the city this weekend. I should go out with a camera and walk around.

Finney woke me up last night, but I sometimes catch the best tv when I can’t sleep. I watched a surprisingly captivating documentary about Benazir Bhutto recently. Last night I learned about whaling. But here’s what got me. They had a section about Melville’s book Moby Dick, which I’ve never read by the way (and my friends insist I would love it). The critics panned it, it bombed, and by 1866 Melville’s writing career was over. He died in 1891, while still working in the customs office.

How did Moby Dick go from no one reading it after it was published in 1851 to everyone’s top ten list today? The Wikipedia entry kinda explains it. His publisher reprinted it along with his other books a year after he died, so that put it out there again, people could take a second look, and a few people did, and so on.

But doesn’t that make you wonder how many Moby Dicks disappeared forever, without ever being discovered for the masterpieces they were?

The question does not engage Finney. You needn’t look so complacent little furball. We know you’re not going anywhere on Saturday. (Because he’s evil.) 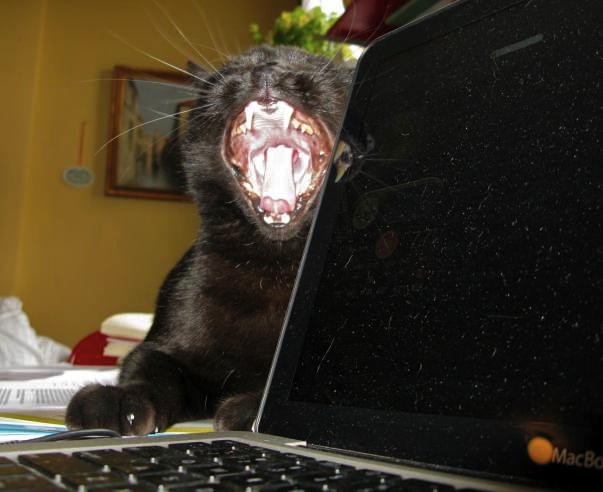 Resisting the Temptation to Steal