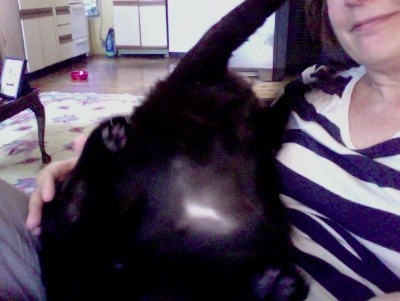 I’m smiling, Finn is about to rip my face off. Typical.

This is the story of Buddy and Finn, the short version, because I just noticed how late it is.

I got Buddy (the gray one) to keep my remaining cat Beamers company when my other cat Veets died. Given the same circumstances, I will never do that again. I thought Beamers would be lonely without Veets and would like the kitten company, but in reality I think he would have just liked me all to himself in his old age.

Four or five months later Beamers died (my heart is still broken) and that’s when I got Finney.

Finney was extremely affectionate right off the bat and I was afraid he was going to become my favorite because Buddy didn’t like to be held or picked up. Beamers had been my favorite before, I always felt enormous guilt about slighting Veets, and I didn’t want a repeat of that dynamic.

You, Me and the Apocalypse

2 thoughts on “The Story of Buddy and Finn”