It seems like every time I walk out the door I pass by a march of one sort of another. It could be a protest or a celebration. Today it was a protest. After choir rehearsal I walked out into Broadway and a march against police brutality.

I stood talking with a cop, and he characterized it as an anti-police protest and I said, “No. There are a few bad apples and they are protesting those guys, not all of you.” I brought up DI Bologna as an example of a bad apple. He didn’t quite buy it, but said he realized not everyone thinks they are all bad guys, but that some people do. That’s probably true, I said. Then we both agreed that this would be a pretty small number of people. Still, there are larger, over-arching cultural problems within the NYPD, but I didn’t bring that up. 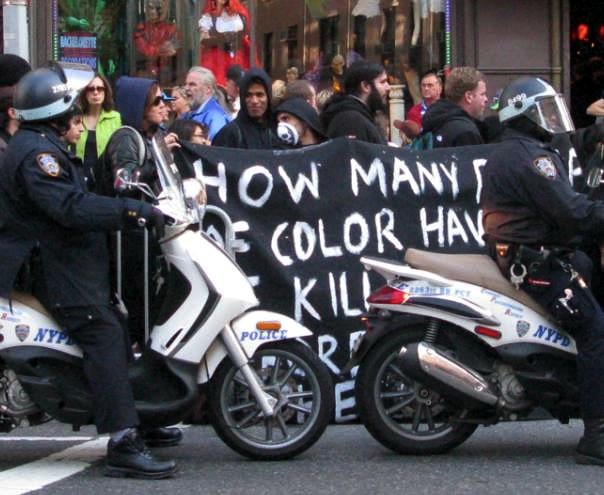 Moving and Upgrading This Blog

I Wish you All Good Health and Healthcare

Models All Over the Place