I am absolutely shaken and freaked out about this article in the Smithsonian magazine about Thomas Jefferson the slave-owner. You have to read it to the end.

It is well known that Jefferson owned slaves, slept with his slaves, etc. But he has always been portrayed as a reluctant, mostly benevolent slave owner, who abhored the situation, but was kinda trapped and always trying to figure a humane way out, and apparently that wasn’t at all true.

Not only was he cruel and allowed horrendous cruelties to continue, and specifically barbaric treatment of children, it was in order to continue to make profits, and profits over and above what he needed. When offered a way out—the money he needed to free his slaves and to be able to continue to maintain his house and life style—he declined.

Maybe someone will come along and refute this research, but it’s horrible on the face of it. I have to completely revisit everything I thought I knew about Jefferson.

One World Trade Center minutes before I heard there was a tornado watch in New York City. (End times.) 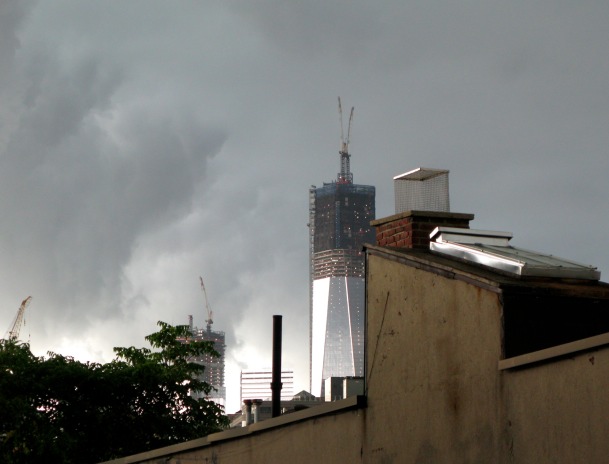 I Going to Post Too Much About Swimming for a While