Every September 11, I walk down to St. Paul’s Chapel where I was a volunteer. (I just learned today that I am classified as a “responder,” and I need to register in a key database by October 3, or lose out on future help should I need it.)

It was a pretty horrendous walk today because it’s a billion degrees out, but I wanted to do it. I always take the same route. I walk down the highway, passing by the corner where I held up signs saying “thank you” to the rescue workers. Some people return each year to hold up signs. I wonder how many drivers know the back story. 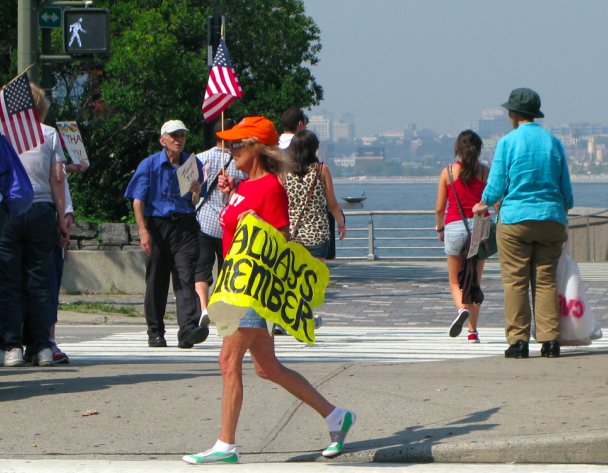 This is where I turn off to get to St. Paul’s. It’s a big subway stop/hub, whatever it’s called, it’s also right by where the WTC workers go in and out of the site. 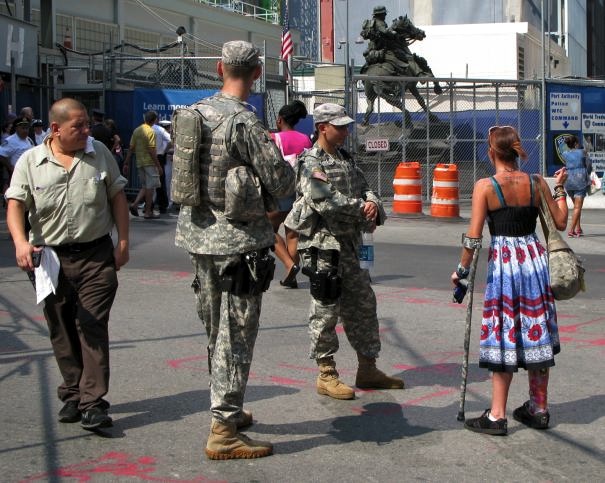 I’m almost there. That’s the graveyard of St. Paul’s Chapel up there on the right, and the site is behind me now. As you can see, tons of news people are there, getting their story. 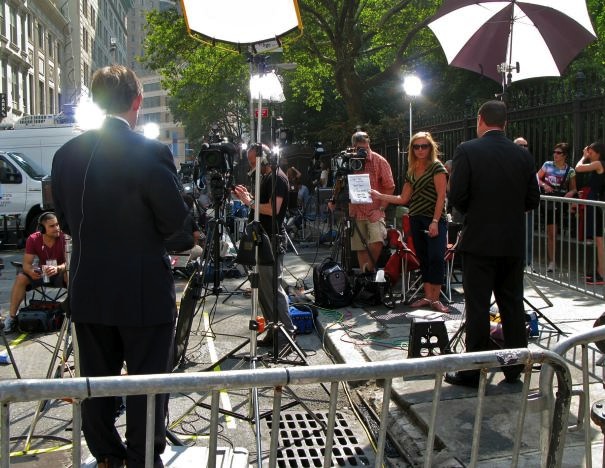 Inside St. Paul’s Chapel was a table and a punch of post-it pads. People were invited to leave messages. It reminded of the days when we’d cover the fence around St. Paul’s with brown paper and people would fill it up with their messages. We kept replacing the paper and replacing the paper, bringing the rolled up remains to a storage facility nearby. There must have been thousands of them! 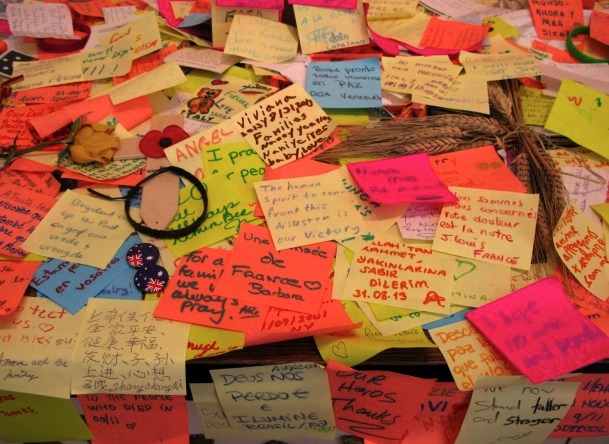 A closer look. I wish I knew what the Egyptian one says. Most of the messages were in other languages. It’s one of my favorite things about NYC, visitors from all over the world all the time. You walk down the street and often will hear a half a dozen different languages in the span of one block. I googled Paul Poston, the one towards the bottom, and found a bittersweet tribute video made by his family. That was the saddest moment of my day. I guess because his death was recent. And there were chihuahuas in the video who must miss him. 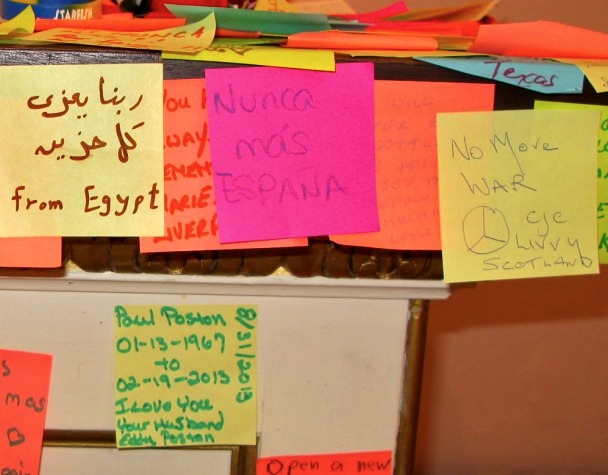 Alex Wong We’ll Miss You, Get Better and Come Back Soon!