I watched the video of Elliot Rodger. I couldn’t help feeling compassion for the kid, even though he hated women (especially blondes) and was a mass murderer. Never mind girlfriends, he didn’t have friends period. Where were his parents when he was growing up without friends? Perhaps they did everything they could to address this though.

Some guy who was interviewed in the Times talked about how in high school they once taped Elliot’s head to a desk while he slept, apparently unaware that he and the other tapers come across as complete dicks. (I’d forgive the guy if he expressed some remorse, he was just a kid at the time.)

Note: For the record, my compassion is not meant to excuse his behavior.

On the news the gun control guys talk about how getting rid of guns is impossible, and they try to put the blame elsewhere. They says “lets talk about other solutions,” while at the same time refusing to compromise in any way shape or form. Gabby Gifford’s moderate bill didn’t pass. Getting rid of guns, by the way, it do-able. Australia did it. Japan did it. It worked. I remember Rob Borbidge, former premiere of Queensland, Australia, talking about how voting for gun control destroyed his political career but it was worth it.

Gun owners should be licensed like car drivers, and getting that license should be as hard as it is to get a driver’s license. They should have to take tests and get background checks. It is not unreasonable to ask people to demonstrate some semblance of sanity and responsibility before giving them something so dangerous. We don’t just give anyone a car and set them loose, we should at least do the same for gun owners. Oh, and they should also have to buy insurance.

A photo shoot on a Sunday on a holiday weekend. I took this an hour ago. 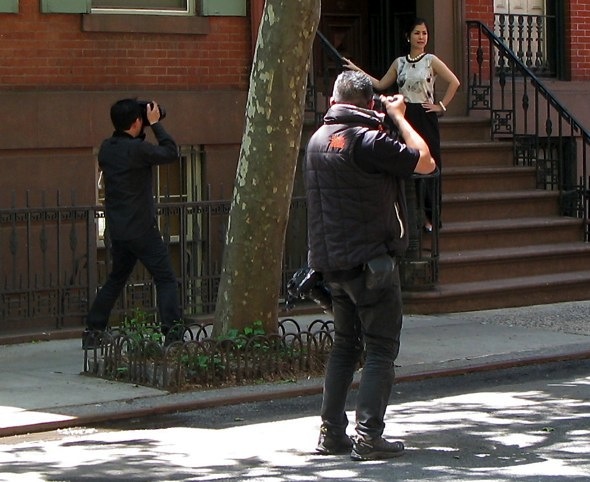 2 thoughts on “Thanks for Trying, Piers Morgan”