I only just recently heard about Medium, a blog platform and now investigative journalism site. My friend Steven Levy had written us all to say he was moving there to become the editor-in-chief of a new tech hub that he will establish, and to continue to write about science and technology. Because of that I started paying attention to Medium. Thank you, Steven! Everything I’ve read on that site has been seriously excellent. This article about scientists convicted of manslaughter after an earthquake is next on my to-read list there. If you want to start exploring Medium you might as well start there. I’m that confident it’s going to be great.

Medium and the whole new news-gathering world they are creating contributed to an idea of mine that’s been brewing for a while. It all came together for me last weekend at the We Will Not Go Back March on Staten Island. In the days leading up to the march I’d been going over some of the research I’ve been conducting at the Municipal Archives, material that had a direct bearing on the march. I was standing there listening to the speakers, and they started naming names of victims like Eric Garner and Michael Brown, going back to Eleanor Bumpers. In my head I picked up where they left off and I continued naming names going further and further back. That’s when I got an idea for a new history/investigative journalism project of my own. More to come!

Another shot from the march. These are people watching from a deli across the street. 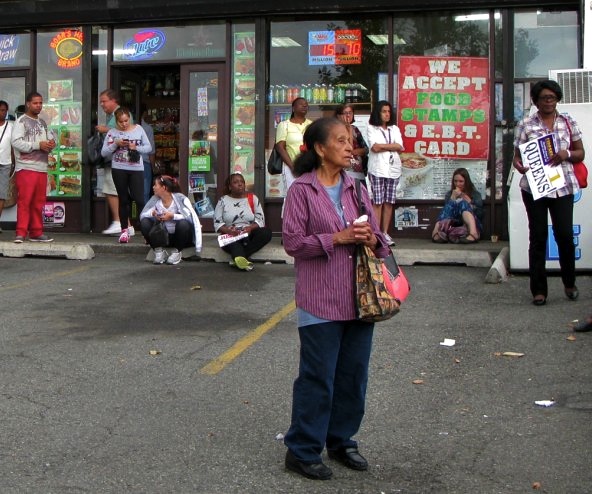