I’m back from the People’s Climate March. It was amazing right from the start. The subway uptown was packed with people on their way to the march. 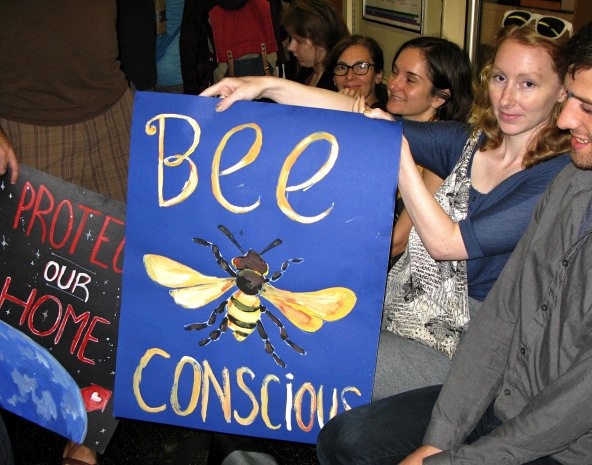 You could join the parade at a number of points. I chose the front of the American Museum of Natural History. It was this crowded for miles in either direction. 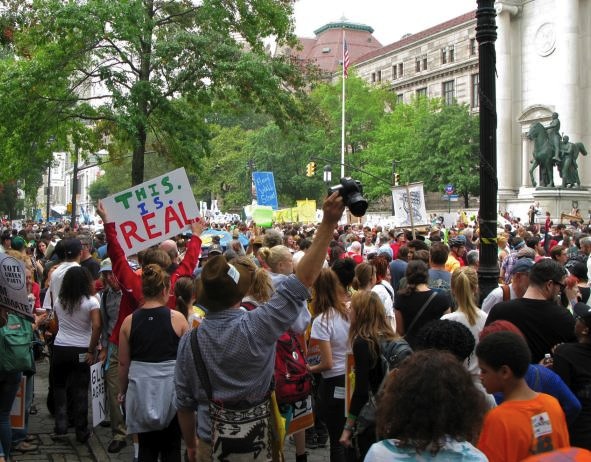 I couldn’t even see the end of this sign, which could only be seen in its entirety from space. 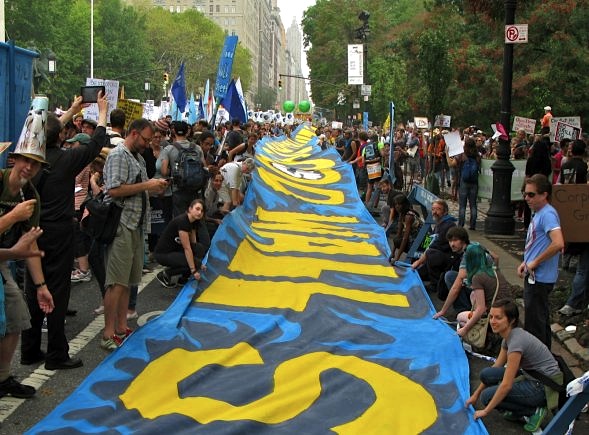 I’m posting a lot of shots, but this is nothing compared to the number I took (and the ones that didn’t come out, alas). 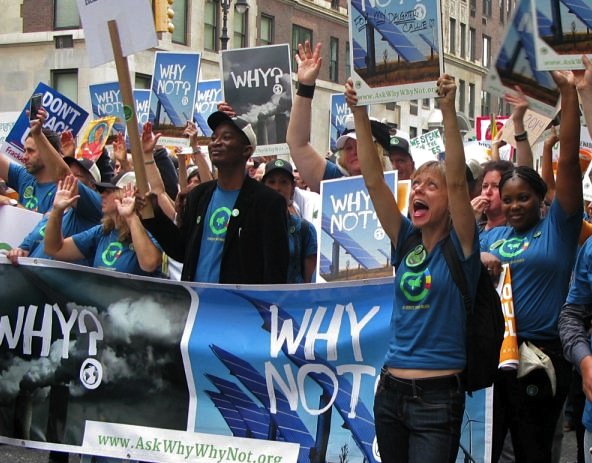 Every possible group imaginable was represented, and people from all over the world. 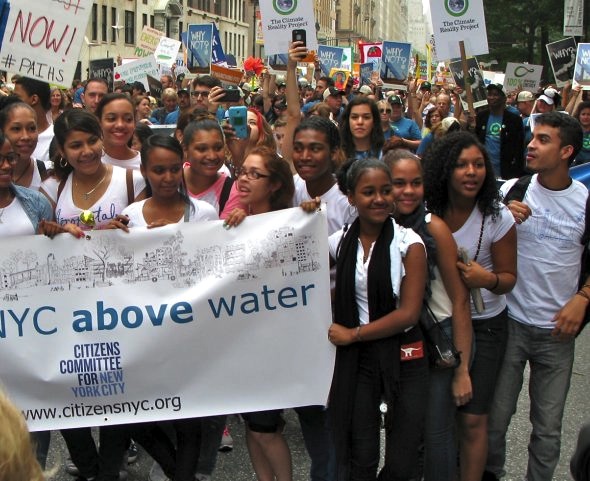 This guy trudged painfully the whole way. He represents corporate America, and that is a dish of dry ice behind him. I should have asked for a complete explanation but I was too excited to stop. 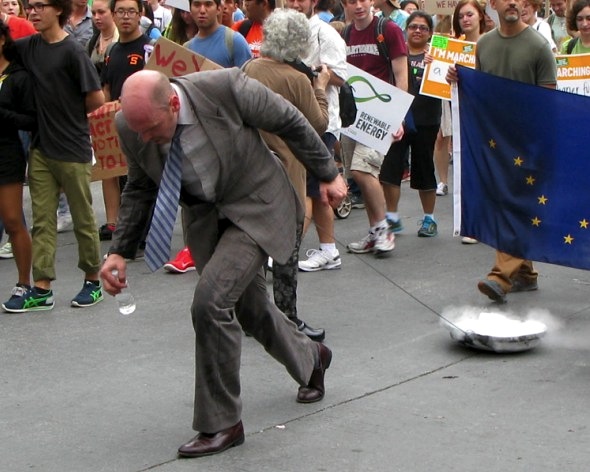 More than once I turned around and felt like I was staring back in time, to the sixties. 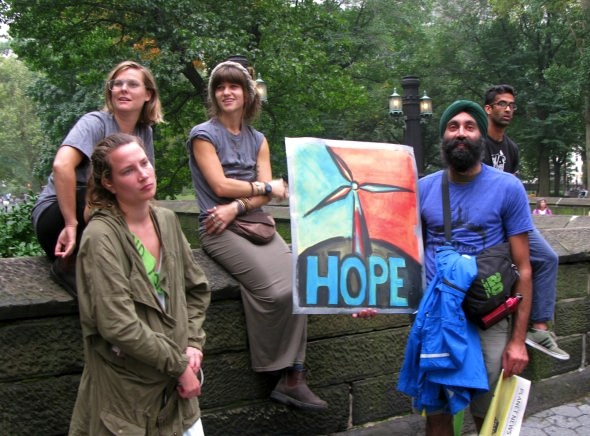 That’s Central Park behind them. “When the moon is in the 7th house …” (Right?) 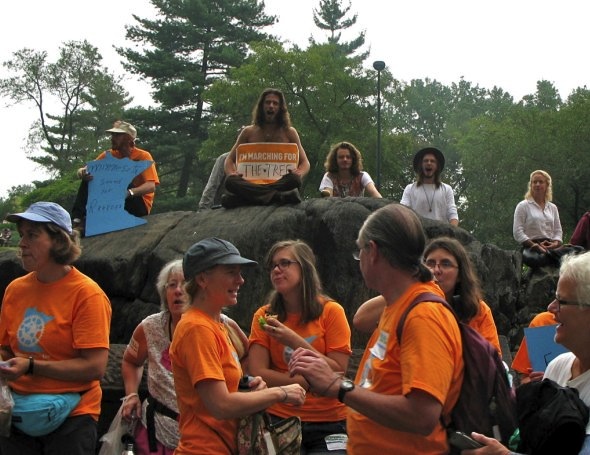 Whenever we passed any kind of landmark I took a picture. I’m kicking myself for forgetting to get a shot when we marched passed Fox News, where I’m sure there was a mass spontaneous combustion. That would have been quite the shot! 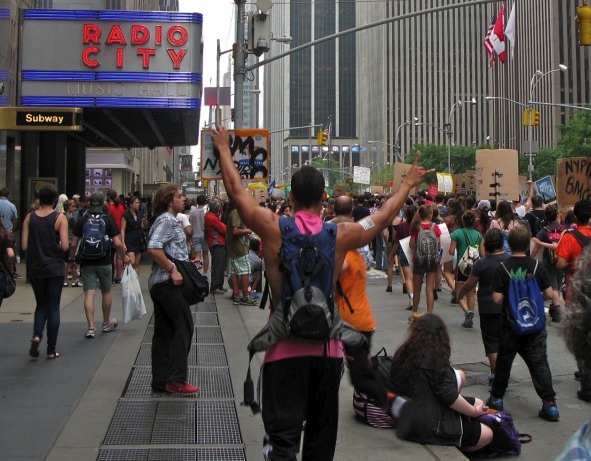 Some buildings were completely barricaded off, you couldn’t get near them. Like the Bank of America here. I was very happy to see priests holding signs in front of many of the churches. 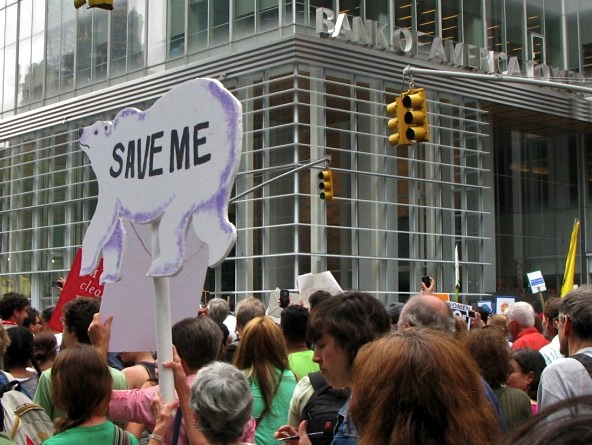 Mermaids. Of course global warning is as important an issue to them as it is to us.

UPDATE: Not mermaids, but the performance group W.I.S.E. doing a performance for climate change called, “Bodies of water and the planetary change.” (You all looked stunning.) 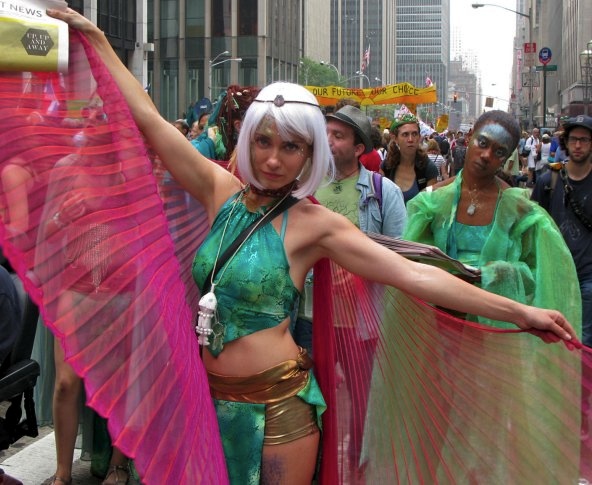 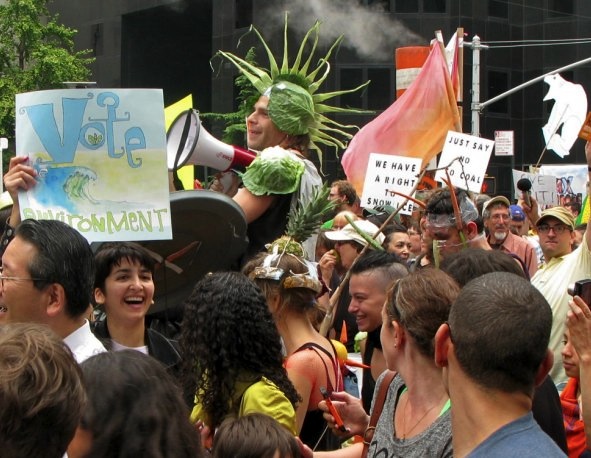 My old band, Manhattan Samba, was there!! 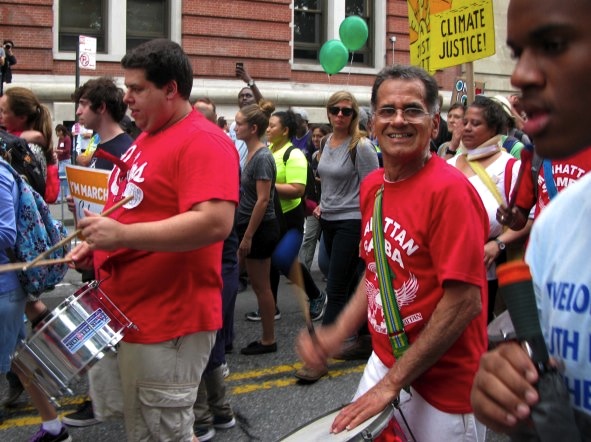 I believe her point is that Prime Minister Narendra Modi is going in the wrong direction on climate change. I took some video footage, so I might post a film tomorrow. I’m so glad I went! 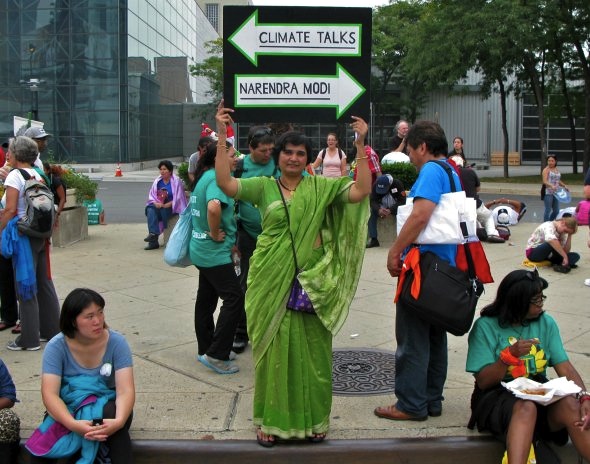 A Couple of Suggestions

The Countdown Begins – One Week Until Pub Day