“There are no valid arguments against physician-assisted suicide when a patient is terminal and suffering. There are people who think killing yourself is simply wrong, but that’s not an argument, it’s a feeling, a stance …”

My friend Howard Mittelmark has written an essay about suicide titled The Right to Kill Yourself. He addresses every possible problem/objection and proposes a solution. Someone who read it made what I thought was a very important point about changing our attitude towards suicide: “the survivors would not be left as victims and possibly blamed for the persons death.”

It’s sad and it’s terrible when life comes to this decision, I have nothing to say to that, I wish life didn’t come to this for some people. And pardon me while I say a prayer to the universe for a long healthy and reasonably happy life. Which I’ve been so lucky to have so far.

I passed by two movie shoots yesterday on the way to the Municipal Archives. Not only do I get to do this amazingly fun thing for a living, but I have a good time on my way to doing it! I don’t know what this shoot was for, but the second one was for Law and Order, which is pretty much always shooting around the archives (all the courts are in that area, and the headquarters for the NYPD). 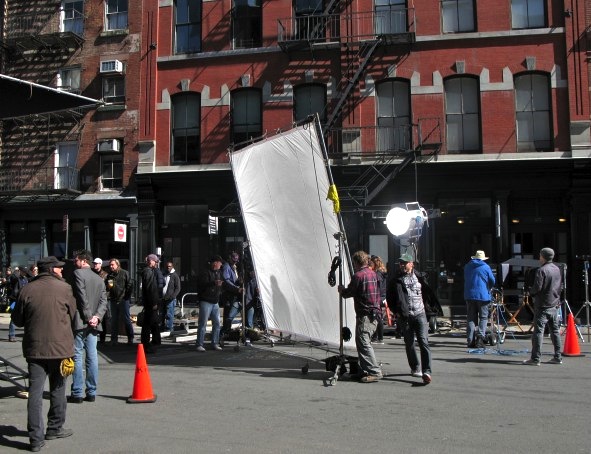 My Friends are Smarter Than I Am