This passage in To Kill a Mockingbird has always bugged me. Now I want to google it and see if other people have discussed it. (Yes, they have!)

“Atticus,” he said, “why don’t people like us and Miss Maudie ever sit on juries? You never see anyone from Maycomb on a jury – they all come from the woods.”

Atticus leaned back in his rocking chair. For some reason he looked pleased with Jem. “I was wondering when that’d occur to you,” he said. “There are lots of reasons. For one thing, Miss Maudie can’t serve on a jury because she’s a woman –”

“You mean women in Alabama can’t –” I was indignant.

“I do. I quess it’s to protect our frail ladies from sordid cases like Tom’s. Besides,” Atticus grinned, “I doubt if we’d ever get a complete case tried — the ladies’d be interrupting to ask questions.”

Jem and I laughed. Miss Maudie on a jury would be impressive. I thought of old Mrs. Dubose in her wheelchair –“Stop that rapping John Taylor I want to ask this man something.” Perhaps our forefathers were wise.’

People say Harper Lee was just representing the attitude at the time. Except she has her rebellious character, Scout, accept this line of thinking without complaint. It is seriously jarring and out of character for Scout. And for Atticus. I could see other people in the town not having a problem with this, but not Scout and Atticus. It’s particularly jarring because these characters saw the injustice when it came to prejudice against blacks, but fail to see the prejudice against women. It’s completely weird and off.

A picture of a spot on Roosevelt Island where there was a double-execution. I’m working on a section about this today. 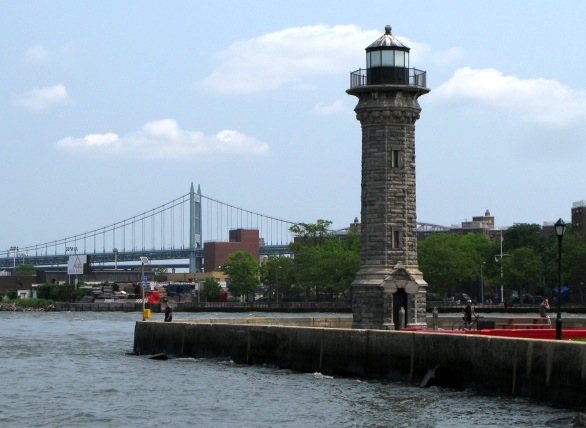 From the Chelsea Bomb Site

Tiny War of the Worlds