As some of you know, I’m working on a book about Blackwell’s Island, which was the name for Roosevelt Island in the 19th Century. They also called the island Welfare Island from 1921 – 1971, because back then welfare was not a dirty word. The word was associated with compassion, and looking out for your fellow man/woman. This doesn’t mean that people didn’t despise the poor back then, they did (not everyone of course).

The pillars pictured below are all that is left of the Hospital, except I am having a hell of a time tracing the history of this hospital. It started out as the Penitentiary Hospital, then it became the Island Hospital, presumably because it wasn’t for inmates alone, then Charity Hospital, and finally City Hospital.

It’s unclear to me though if Charity Hospital and City Hospital were the same building. There are contradictory records. Historians don’t agree.

Anyway, I just came across a terribly upsetting story involving Charity Hospital. I can barely read about it much less write about it. We shall see if it makes it into my book! 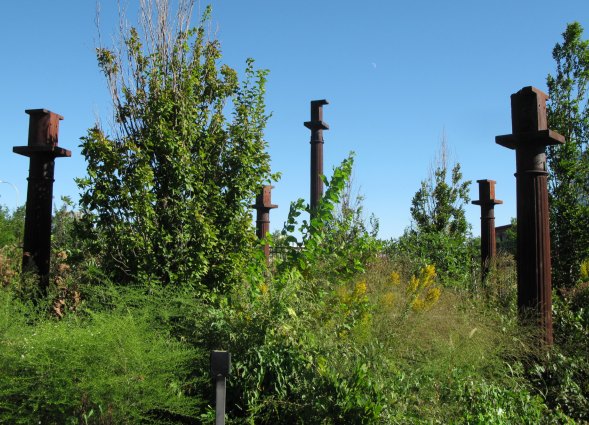 I Wish This Could Be My Office

2 thoughts on “When Charity Got a Bad Name”