I can’t tell you how much I love John Oliver’s show Last Week Tonight. Some of the best journalism on television is happening on that show. Instead of 24 hour speculation about the election and terrorism he is researching important stories, stories that affect people who are being ignored otherwise, like the pieces about Payday loans, civil forfeiture, the prison system, the bail bond system, and tax-exempt religious organizations. Thank you John Oliver and everyone who works on this show.

A quote from his recent piece about this movement to bar Syrian refugees: “There was only one time in American history when the fear of refugees wiping everyone out did actually come true, and we’ll all be sitting around a table celebrating it on Thursday.”

It is worth watching the whole thing.

The woman who makes stuffed pigeons. She always gets a nice crowd. So many people don’t like real pigeons, but they are attracted to the felt ones. She recently added a pizza rat. 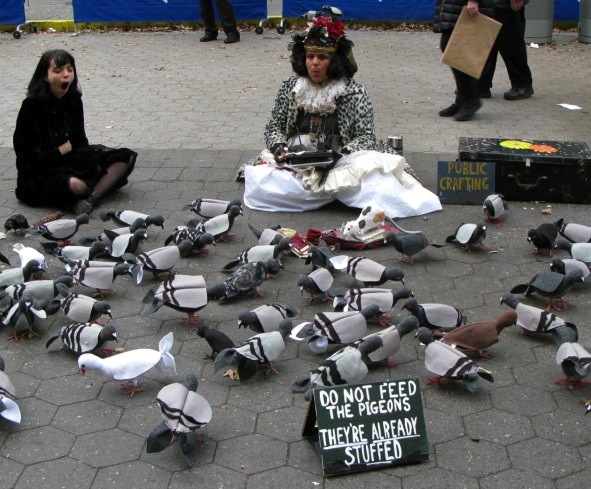 Alice Before and After