I’ve finished the first draft about the Lunatic Asylum on Blackwell’s Island, and now I’m onto the Workhouse. I was concerned that the Workhouse wasn’t as fascinating as the Asylum, but it turns out I wrong. I don’t want to explain, because I want it to be a surprise! The Workhouse is where New York City sent people who were convicted of minor crimes in the 19th century.

Skaters behind the New York Public Library. Look at that guy smiling at me! Isn’t he adorable?? I’d be very proud if such a nice young man was my son. 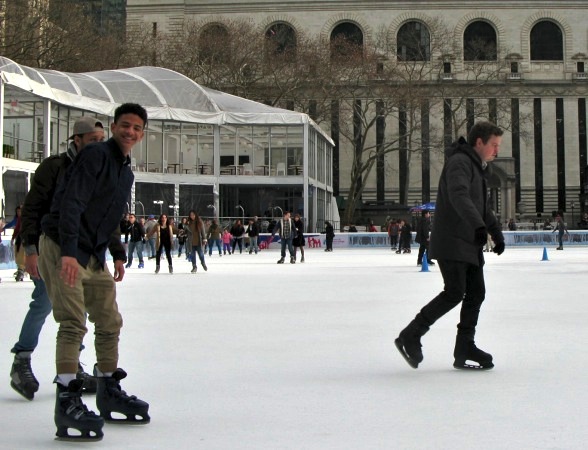