Did everyone know this but me?? Jesus Christ. If I had known that today was it, the last day, I wouldn’t have spent it at the dentist! Next time someone tell me. Oh. Right. Damnit. 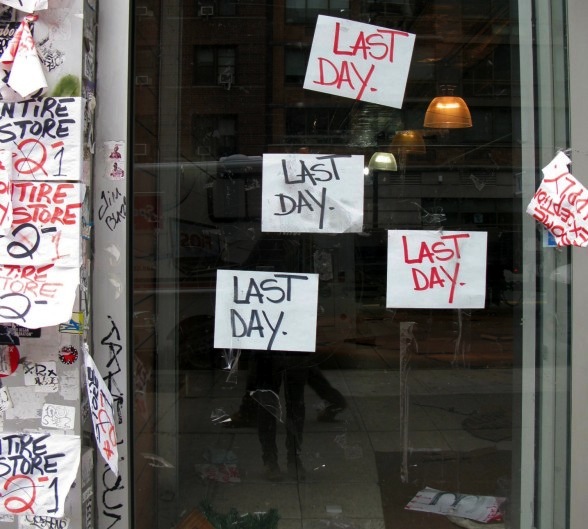 It’s been a while since I posted a picture of clothing I can’t buy, but it’s not like I don’t see pieces I want ALL THE TIME. Here is a jacket I wouldn’t mind having. It has a bit of a suburban feel to it, but I was raised in the suburbs. Maybe that is why it is calling out to me. It also has an updated Chanel-thing going for it too, though. 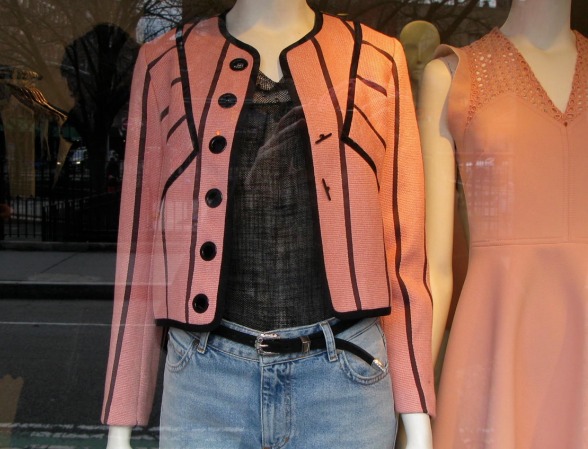 Yesterday I was on an Amazing Research Race. First up was the New-York Historical Society. My goal was to find the source of a great quote from someone’s doctoral dissertation. I forgot to write down the source listed in their footnotes. Unfortunately, I found the source, checked it, but the quote wasn’t in it! So, I have to take that quote out of my book, alas.

This is the first thing I saw coming up out of the subway. That’s the American Museum of Natural History on the right and Central Park on the left. The New-York Historical Society is basically right in front of me but across the street. On to the New York Public Library … 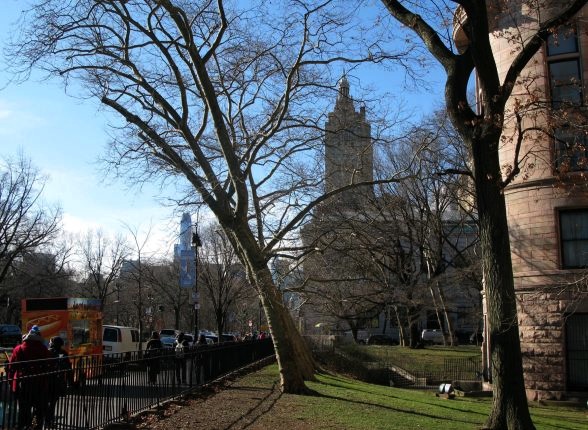 My goal at the library was to go through some early Annual Reports of the Commissioners of Public Charities and Correction to get some data to verify something kinda cool that I think I’ve discovered. BUT, one of the years I wanted is now stored off-site so I’d have to come back another day for that one. Full disclosure, they said there was a possibility that I could get it later in the afternoon, but since she couldn’t guarantee they’d be able to retrieve it in time and it was easy to return, I decided to press on. I had a race to win!

This is the first thing I saw when I came out of the subway this time. This is looking east on 40th Street and that’s the back of the library on the left and Bryant Park. On to … 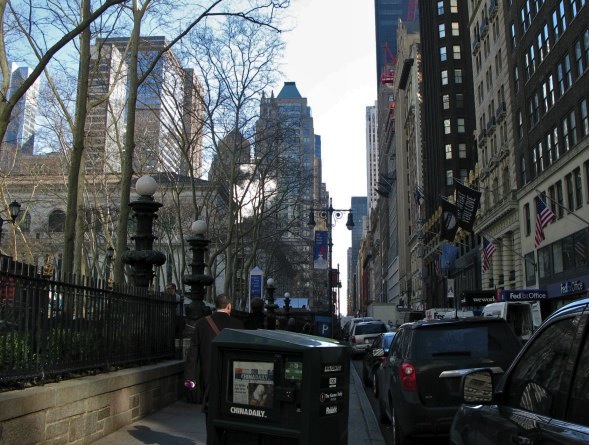 … the Municipal Archives, although the picture below is actually the back of City Hall across the street. My final goal of the day was to try to find out anything I could about a Blackwell’s Island cholera victim. This is sad research, but I wanted to track down the arrest record that got her onto the Island that killed her. And I found it!

Here’s the thing. I left and was halfway to the subway when I realized they might have the Annual Report at the Municipal Library that I was unable to check at the New York Public Library. But it was nearly the end of the day. I was tired. Should I see? Or, should I call it a day and just go back to the New York Public Library some other day? How could I resist? If they had it I would have made all my stops and accomplished all my goals in one day.

I walked back. First, they thought the Annual Reports were all out being scanned because they’re falling apart. But they checked. They had it!

Second, while I was waiting I noticed all these law books around me. I’ve been trying to find out more about the history of “disorderly conduct” and I asked them if they could help me. They called down a law librarian from upstairs who gave me a quick lesson about researching old laws, and she tried to find it among her resources upstairs, but she didn’t have the one text I needed. But she told me I can get it at the Brooklyn Supreme Court Public Access Law Library.

I successfully completed my three goals of the day and totally by chance I was put well on the way to accomplishing a bonus goal. And I learned about a new research source. I WIN!! 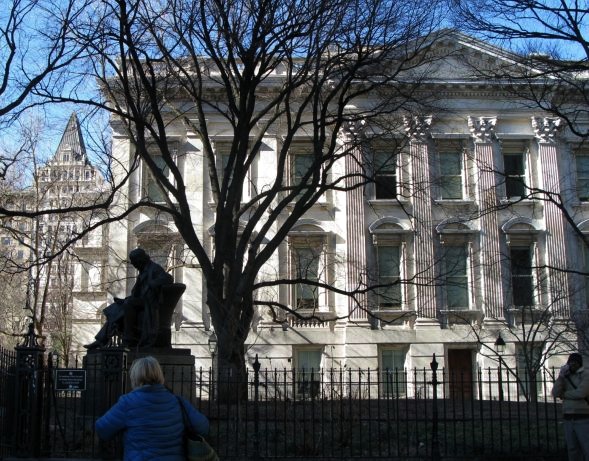 It’s been one of those days. I woke up and our web server was down. And a lot of people aren’t getting my email, except some are. And my land line phone wasn’t working and I had a radio interview scheduled. But the web server is back now, thanks to Jonathan Kay of Alchemy Computer Solutions, and I got the phone working for the interview, which was fun, thank you Tom Hall, the host of Maryland Morning & Choral Arts Classics on WYPR (more about that in another post). I do still seem to have an email issue, however, which is stressing me out.

But I’m going to focus on the incredibly amazing find which came from the great and wonderful Sarah Currie, the Executive Director of the Williamstown Historical Museum. She found something that is going to be invaluable for the book I am working on. I owe Sarah Currie!! Thank you so much!

A President Obama display in a window on Chambers Street, leading up to City Hall, One Police Plaza and, where I was headed, the Municipal Archives. That made me happy. I take issue with some of his actions, but overall he’s been a great president and I can’t believe what he has managed to accomplish given all the people doing everything in their power to stop him. And this last year and a half have been amazing, and continue to be amazing. Go Obama GO! 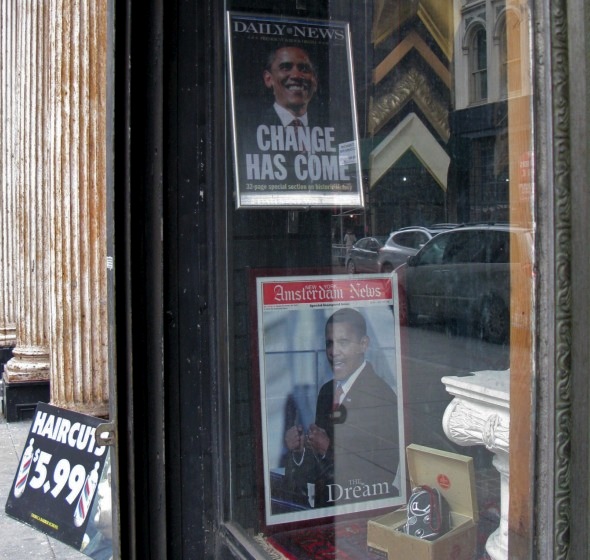 I go back and forth. Hillary is in town today, though. Except I saw this on my way home. I like it because I got Samantha Bee in the shot!

More about Samantha Bee tomorrow. I’m going to curl up on the couch now. Just got back from my fourth root canal appointment and I need to recover. 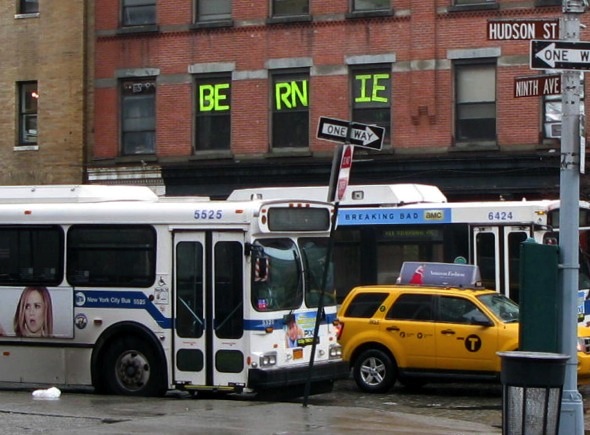