This is looking east on 23rd Street from 7th Avenue. It’s the same shot, the first one is zoomed in a little, and the second is zoomed out. 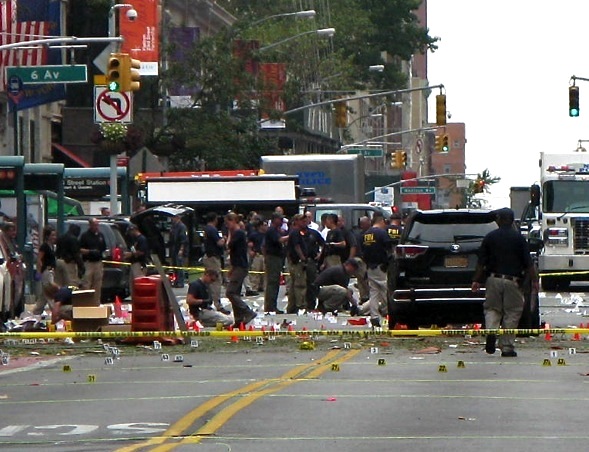 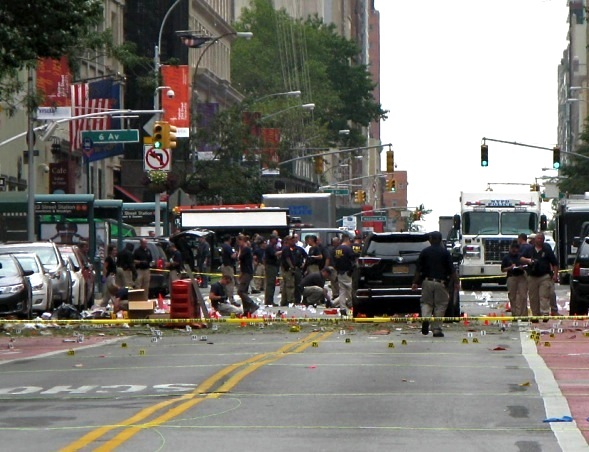 My only plans today involved reading, going to Adoptapalooza in Union Square and the EMMYS tonight. But I woke up to the news in the bombing in Chelsea, so of course I feel the need to swing by and see what is happening. I’m glad no one died, but I feel for the people who were injured. I hear some are wounded seriously.

I had a different photograph set to go for today, but it’s too light-hearted under the circumstances. Here is another picture from the recent 9/11 anniversary. It’s people on the highway holding up thank you signs (something we did after 9/11, we stood on the highway and held up signs to the rescue workers, thanking them for the very hard job they were doing). 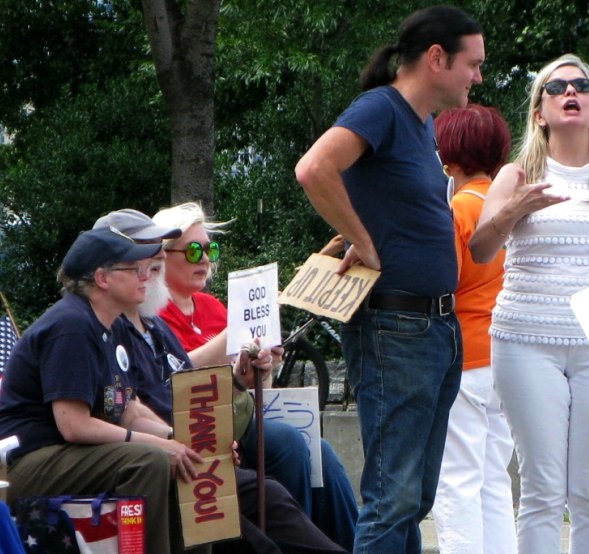 I dropped into the Hudson Park Library branch of the New York Public Library to find some articles, and was greeted by this adorable sign. At first I was like, ‘huh’, but I’m sure the kid meant cesspool in the best possible way. 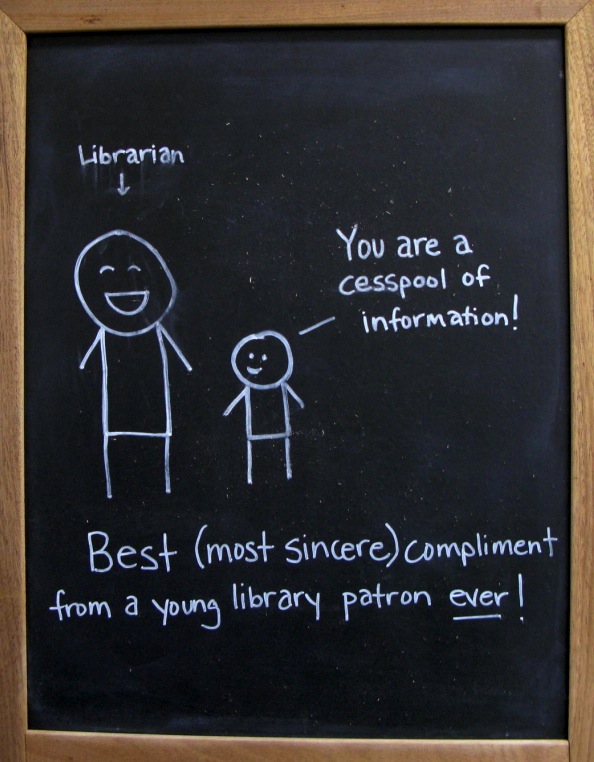 I still refuse to believe that enough people would vote this terrible person into office, but just in case this happens I have an idea. Start impeachment proceedings immediately. He will enter the office with enough on-going impeachable offenses I believe we could pull it off. 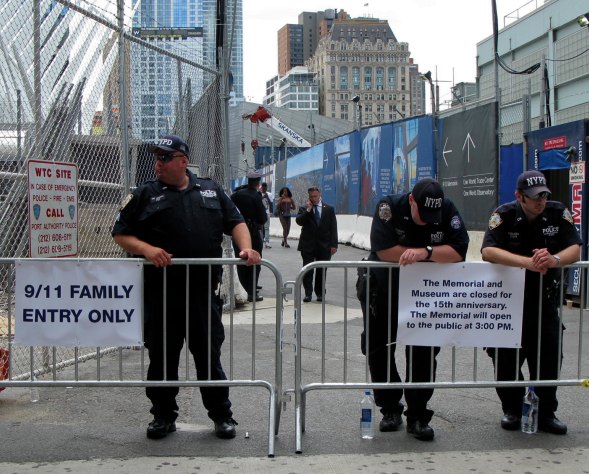 I plan to brag about my cousin Bill Kaelin at every possible opportunity. He was recently honored with a Lasker Award along with five other researchers. From the Times article: “The Lasker Awards, among the most respected prizes in medicine, will go to six researchers who made major discoveries in physiology and virology, and to a scientist who has tirelessly promoted science education, the Albert and Mary Lasker Foundation announced on Tuesday.

He is probably sick of being reminded of this, but whenever I think of Bill I always—and I mean always—remember him as a young boy singing Edelweiss for everyone at our grandparents house. He was so sweet and so earnest. It was a completely sincere and unprecocious performance, (although he clearly must have been an extremely precocious child) and he continues to be a sincere and down to earth, thoroughly sweet adult, who is leading a very meaningful and important life.

A trio of drummers I had the pleasure of passing by the other day. 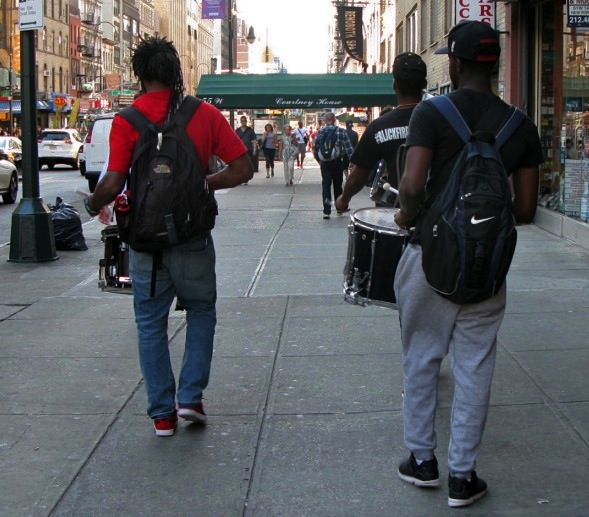 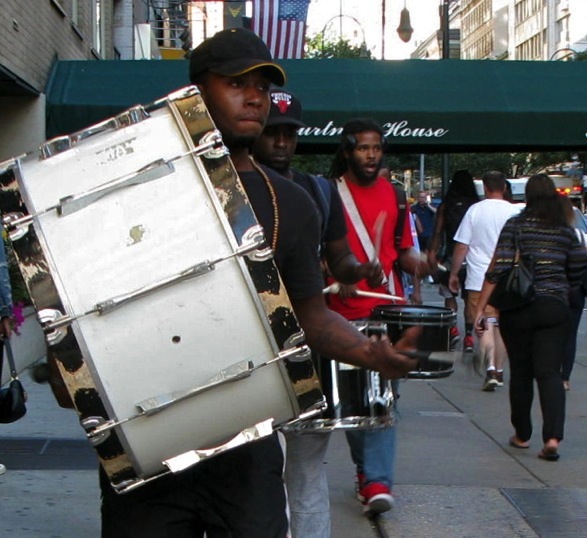 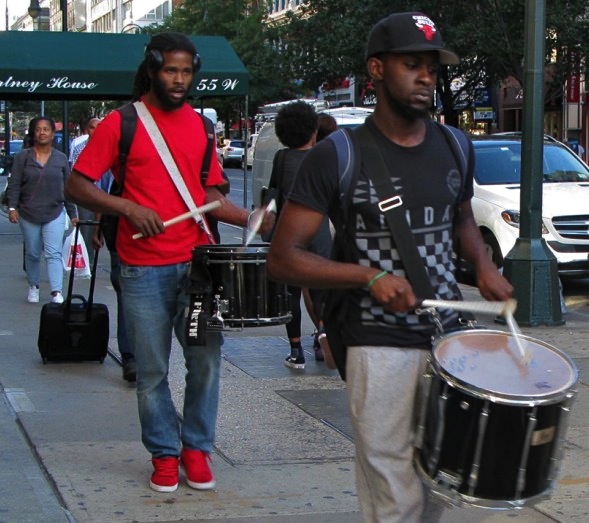