I still have a mouse. As I said, I think it’s just the one, who was caught in my apartment on the day I blocked all the openings. He’s been around a few weeks, and we almost have a routine. He hides by the stove, and every night when I turn it on he runs across the counter and behind some books to wait until everything—the temperature—goes back to normal.

He’s so used to me he sat on top of one of my books last night and started to clean himself while I watched. So, of course I love him. This morning I ordered the no kill Vensmile Humane Smart Mouse Trap (pictured below). If it works I plan to release him by the river by some trees. Except, maybe by some garbage cans would be better?

Damnit. I just learned that if you release them in an unfamiliar area they will die. Maybe I should buy a cage for him and adopt him? It’s more humane than leaving him somewhere to die. Poor thing. I don’t know what to do. It must be lonely. I just read that they’re very social, but I can’t just buy him a friend. You have to get mice who have already been together, they said.

Okay, now I’ve read it’s bad idea to keep a wild mouse for about a million reasons. I wish I could figure out how he got in so I could try to release him back to where he came from. Maybe I could leave him on the roof and he could find a way back in? Except they don’t do well in the cold. Ugh. No great solutions. I’m sorry little mouse. 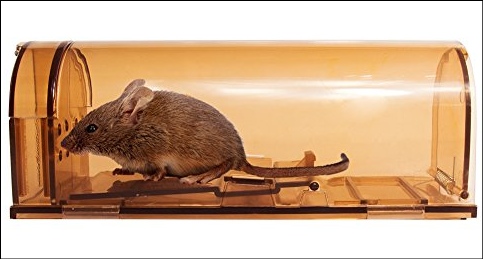 Scan From My Past While My Camera is Repaired

7 thoughts on “Mouse Catch and Release Plan, or So I Thought”