I’m doing a lot of radio interviews today. Like everything else I’m doing, it’s fun and scary. I try to prepare, but who knows what they’re going to throw at me. I couldn’t get the words “state-of-the-art” out minutes ago. It felt like an eternity before some approximation of the words came out of my mouth. Ah, to have a fully functional working brain. But three other interviews I did (not radio) went up yesterday. One at Salon, another on the Gotham Center blog, and one on Curbed New York. Thank you Mary Elizabeth Williams, David K. Thomson, and Tobias Carroll!

Meanwhile life goes on. Someone brought a baby bird to the ASPCA yesterday, except we don’t do birds. There was some discussion about what to do with it, it was so tiny, and euthanasia came up!! But thankfully that idea was shot down. A bird rehabber was called, but the day was getting late and I was getting worried about the little guy. So I looked up the details for the Wild Bird Fund, an organization I’d worked with a couple of times with wounded pigeons I’d found, and I gave the information to one of the most sympathetic people there (hi Alessandra!). She authorized my taking the bird there and gave me cab money!

Here he is in the incubator (he’s the one labeled ASPCA of course). Followed by a picture of some cute ducks hanging out on the floor. 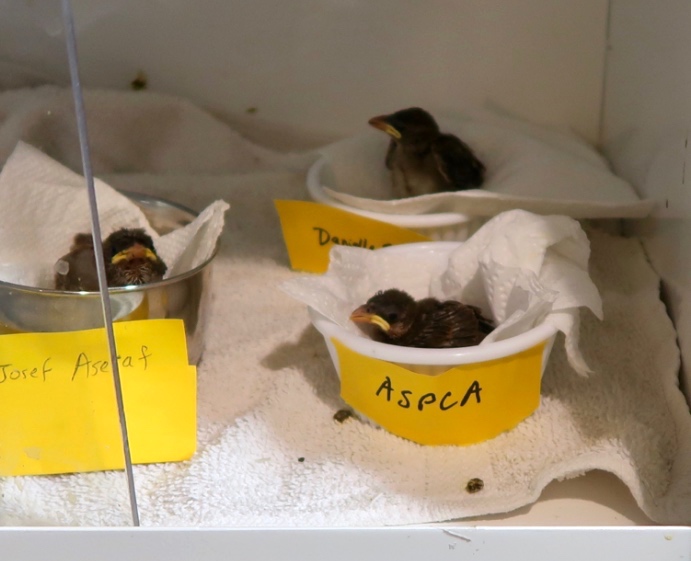 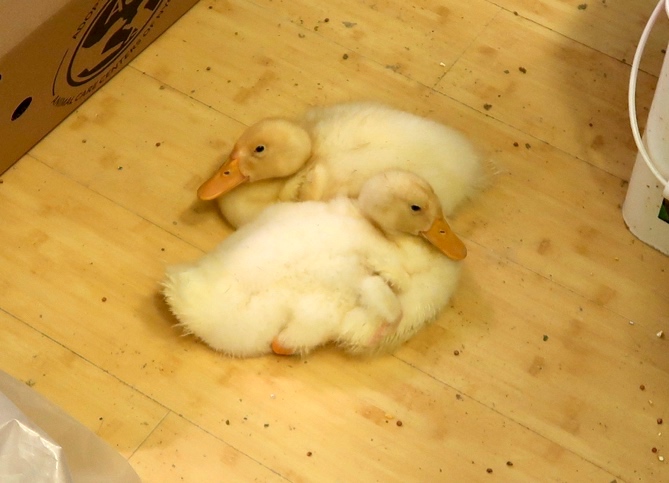 A Monster Sing aka Choral Convergence

2 thoughts on “Interviews and Baby Birds”