This one was from the Haunted Subway in Union Square. This scary ass clown tried to high five me. I declined. Which cracked up the people around me. But come on. Look at him!! 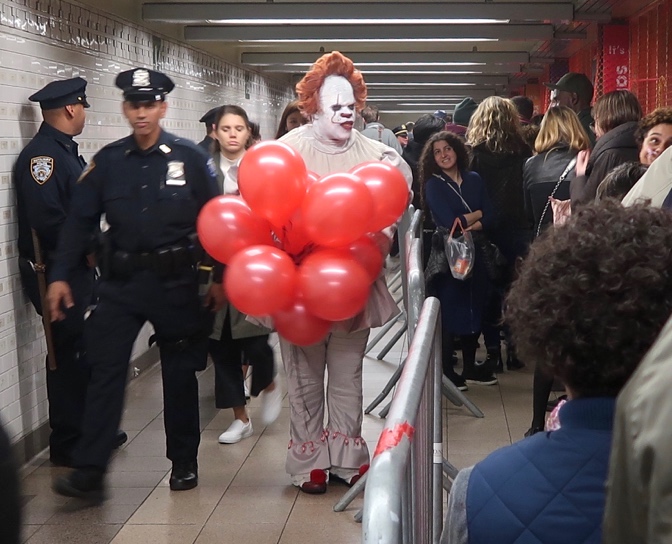 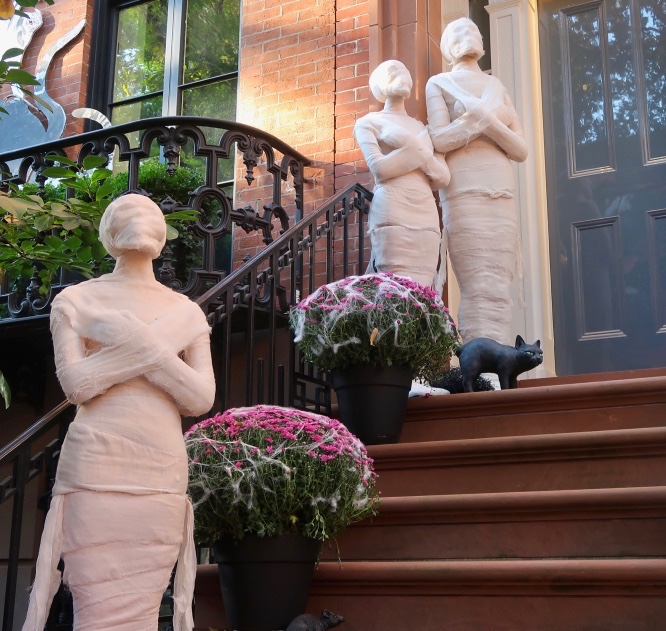 One of my favorite decorations, which was part of a larger display which you’ll see below. But even then not the whole thing. 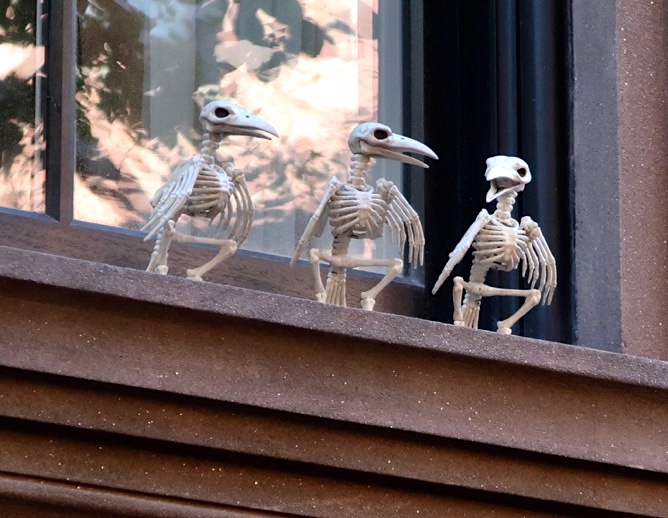 Why oh why must animals die?? I even feel for dead rats. When they run around on the subway tracks I always think, ‘please be careful, rats!’ 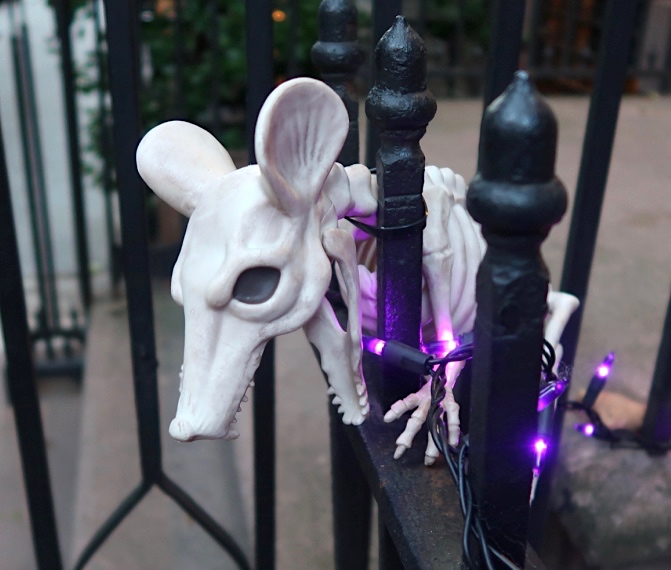 This clown was on Charles Street last year, at the building which always has among the best decorations. I think someone different did them this year though. 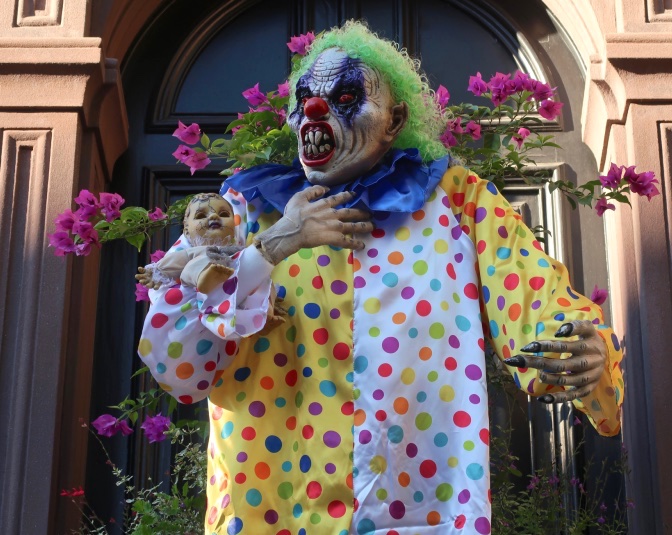 This was another good one. Hands coming up of out a sidewalk basement grate. 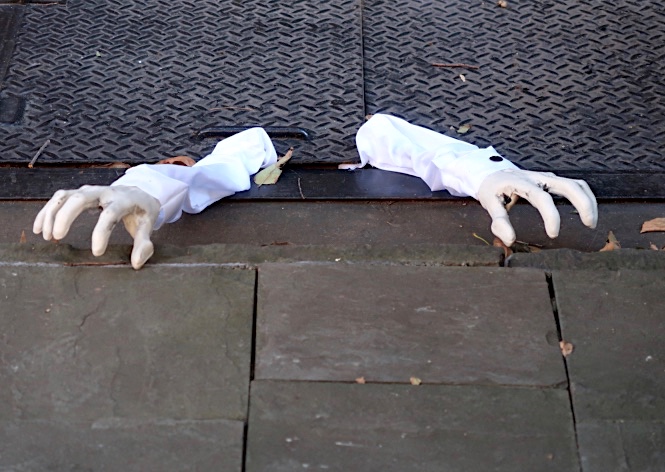 Pumpkins! I didn’t see a lot of carved pumpkins this year, which was weird. Maybe people have gotten tired of having to pick up a rotten pumpkins later. 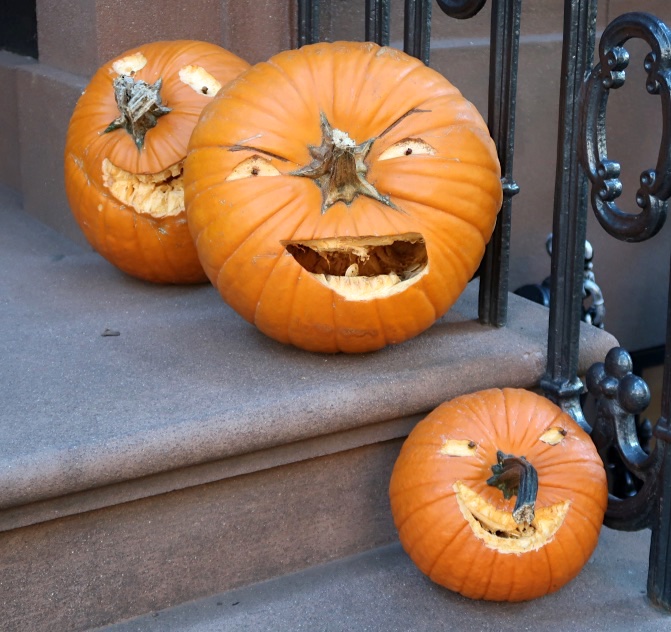 A more serious photographer taking a picture of the display which included those skeleton birds above (in the middle right of this shot). FYI: This is the Perry Street Sex and the City block. 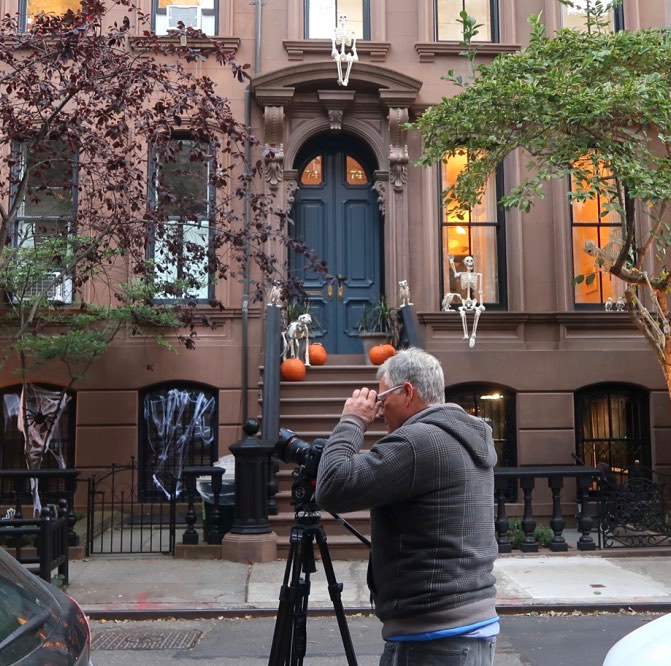 Brought to us by The NYPD Transit Bureau, Neighborhood Policing, and the MTA. It was genuinely great. You can’t really tell just how great in my video because I’m screaming practically the whole time, and it was dark. I didn’t capture all the people jumping out at me, especially the Texas Chainsaw guy at the end, who was spectacular.

Go tomorrow, the last day, from 4 to 7pm! It’s at Union Square, and people are lining up at the 15th Street entrance, inside the subway though. 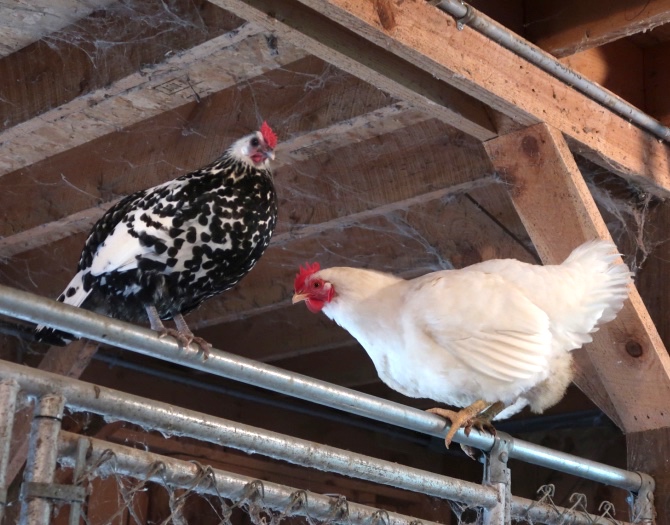 More and more Halloween decorations are starting to appear in my neighborhood! 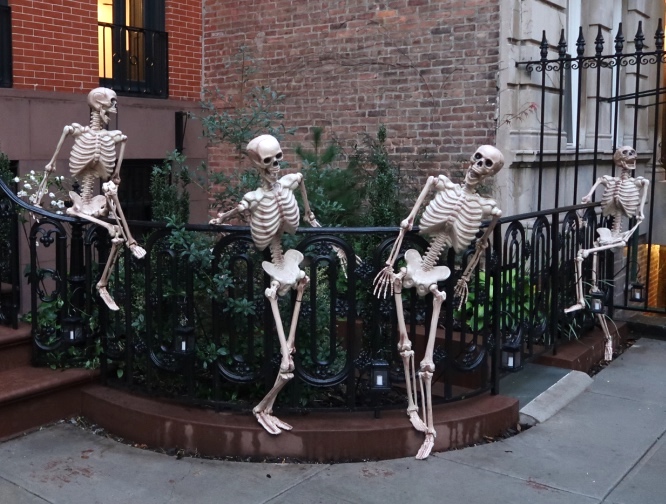 “Don’t let the bastards grind you down.” I’m trying! 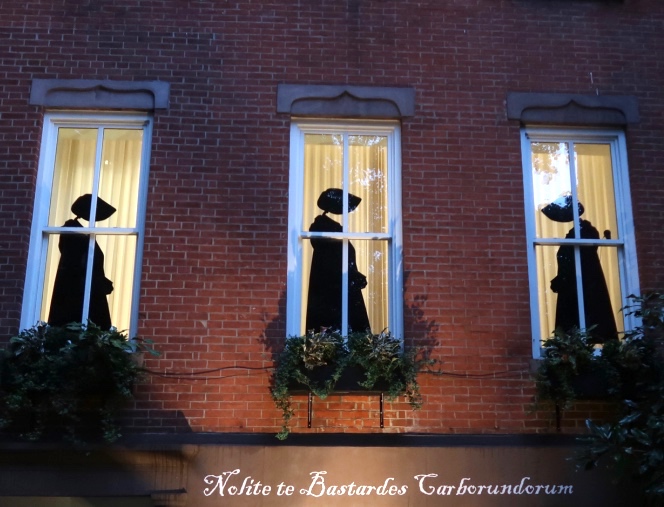 A true tableau featuring scary black cats would show one horking on your bed, or how your stomach is just one stop along the way as they practice their parkour skills up and down your apartment. My cats would shred these bats and eat the spiders. 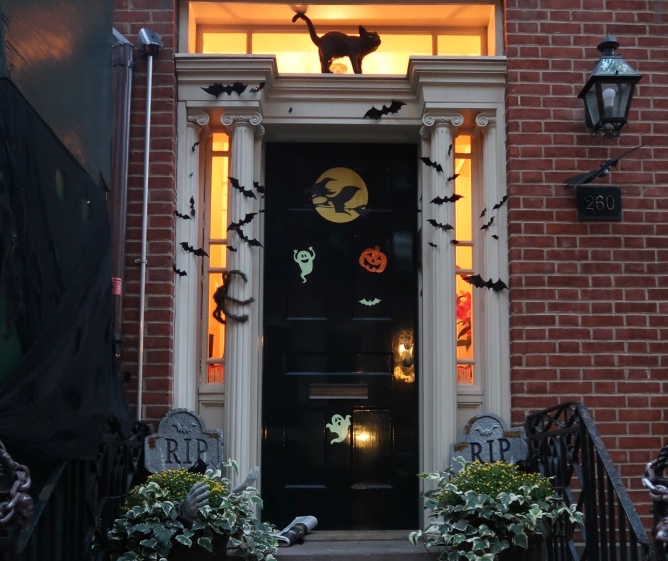 Aliens like to visit around Halloween, disguised as ghosts. 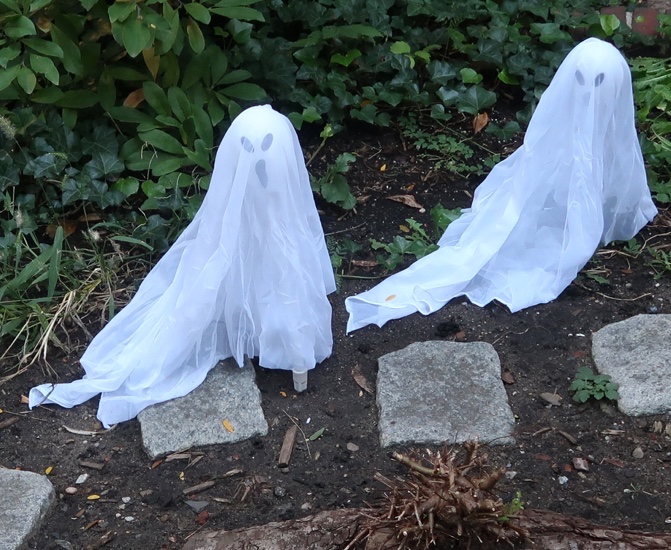 Gilbert Gottfried made a surprise appearance at the Loser’s Lounge on Friday night and sang a song. He seems sweet. And he has two adorable children. 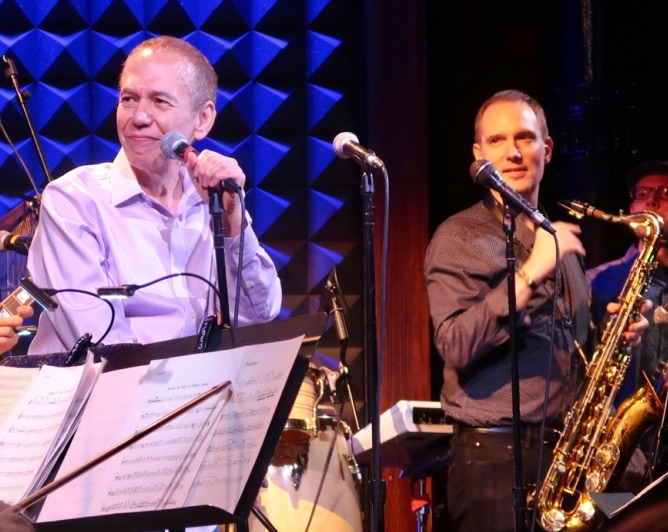