Goodreads is conducting a book give away for my book Damnation Island! “[A] fascinating look at a piece of nearly forgotten New York City history…” — Mental Floss, who included Damnation Island in its Best Books of 2018.

Below is a political cartoon I came across of Reverend Edward Cowley, who was sentenced to the Blackwell’s Island Penitentiary in 1880. I have a chapter on him in my book because he was the priest who was replaced by Reverend William Glenney French. I thought it was pretty astounding that as Rev. French went around the island, seeing to the needs of the inmates, he’d come across his predecessor! What did he do??

Just as this drawing illustrates (unsympathetically), I wondered what it was like being penned up with the very people you used to give sermons to. 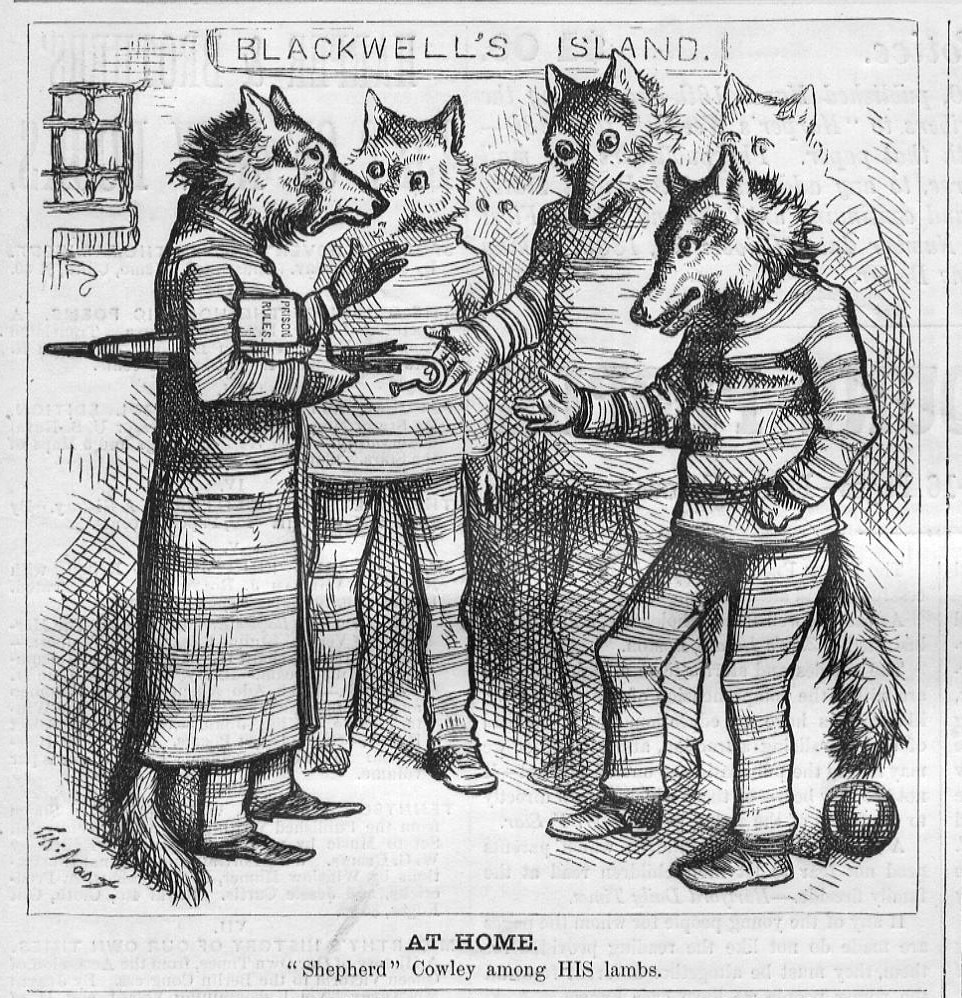 Liberty and Justice For All