Over the years I’ve watched store after store close in my neighborhood, as the rents kept going up. When everything closed down for the pandemic I worried about who would never reopen again. The thing is, I only cared about a couple of places and one of them is … I don’t know how to describe it, it’s kinda like a five and dime. But it’s been in the neighborhood for thirty years and I use them to buy this and that, Christmas lights, cards, office supplies. It’s called Golden Rabbit. I see that they categorize themselves as a stationary store, and yes, that makes sense.

I saw them reopen and I was happy, but today they put up going out of business signs. Their landlord was bugging them about the rent for the months they were shutdown, I read online. But when someone opened a GoFundMe campaign for them they said it was just too expensive to operate. I was all set to call Cuomo’s office to do something about it, then I thought maybe this is what they want to do.

I stopped by and asked them. “Is there anything you can do?” He shook his head. “Do you want to do anything?” Again he shook his head. “Are you just done?” And he made this gesture that I can only describe as he’s had enough.

I just feel so enormously sad. It’s not like I can’t find these things elsewhere, but these two people are the nicest people, they’ve always been there, the selection is fun and eclectic. It’s one of the last mom and pop stores in the neighborhood. Of course it will be replaced by something I don’t need and can’t afford. Goodbye Golden Rabbit. You will be greatly missed. 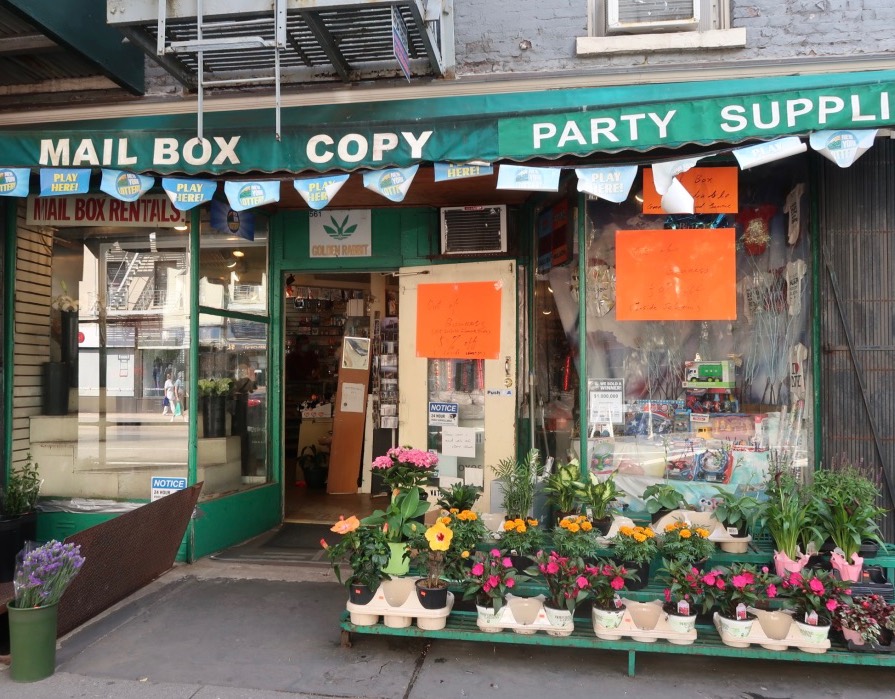 There are Other Animals at the Zoo Besides Gorillas