I wrote a book about Blackwell’s Island (what Roosevelt Island was called in the 19th century) called Damnation Island. This was the period when the island was owned by the city and they used it to build and run a lunatic asylum, a couple of prisons, and hospitals for the poor. I’ve been thinking about Blackwell’s Island again because I recently recorded a podcast for the Gotham Center (the whole series is great, in my opinion, and well worth listening to). I also think about it from time to time because we keep making the same mistakes repeatedly. Films made of asylums 100 years later for instance, are horrifying. I recorded Titicut Follies, a 1967 documentary about the Bridgewater State Hospital for the criminally insane, but I can’t bring myself to watch it.

This quote captures just how bad it was on Blackwell’s Island. What breaks my heart is that as awful as it was then, life inside many replacement institutions today is worse. The picture below is of the Workhouse, one of the prisons on the island.

“When you pass down in a boat along Blackwell’s Island and see its greensward and leafy trees, and massive monumental buildings, perhaps you may think it a fine place to live in, but under those roofs a great amount of misery, sin and shame is hidden, from which in many instances death is the only relief. And years come and years go, but the misery ever remains the same. Many a one who started in life with bright hopes, is carried away from here to an unknown grave in Potter’s Filed.” 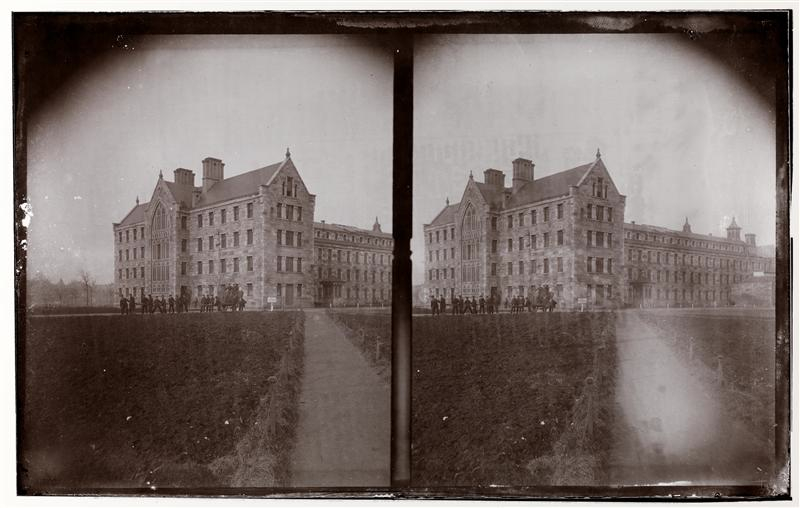 Courtney and Gev: Growing on Me

2 thoughts on “Telling the Story of Blackwell’s Island”