“Korea identified its first case at the same time that the United States did. At the same time, their per capita death toll is just 1.3% of what ours is.”

“Donald Trump likes to claim he built this economy but America created 1.5 million more jobs in the last three years of the Obama-Biden administration than in the first three years of the Trump-Pence administration. How you figure that? And that was before he could blame the pandemic. Now, he did inherit the longest streak of job growth in American history but just like everything else he inherited, he messed it up.”

“Joe’s got a plan to create 10 million good clean energy jobs as part of a historic $2 trillion investment to fight climate change, to secure environmental justice. And he’ll pay for it by rolling back that tax cut for billionaires.”

“Where is this great plan to replace Obamacare? They’ve had 10 years to do it. There is no plan. They’ve never had one. Instead they’ve attacked the Affordable Care Act at every turn, driving up costs, driving up the uninsured.”

“You’ve got the Education Department that’s supposed to give every kid a chance, and that’s run by a billionaire who guts rules designed to protect students from getting ripped off by for profit colleges and stiffs arm students looking for loan relief in the middle of an economic collapse. I mean, the person who runs Medicaid right now is doing their best to kick people off of Medicaid instead of sign them up for Medicaid.”

There are too many good bits! It’s a half an hour. Listen to the whole thing. And now I give you balloons. Some graffiti I passed by yesterday. It was just luminous. 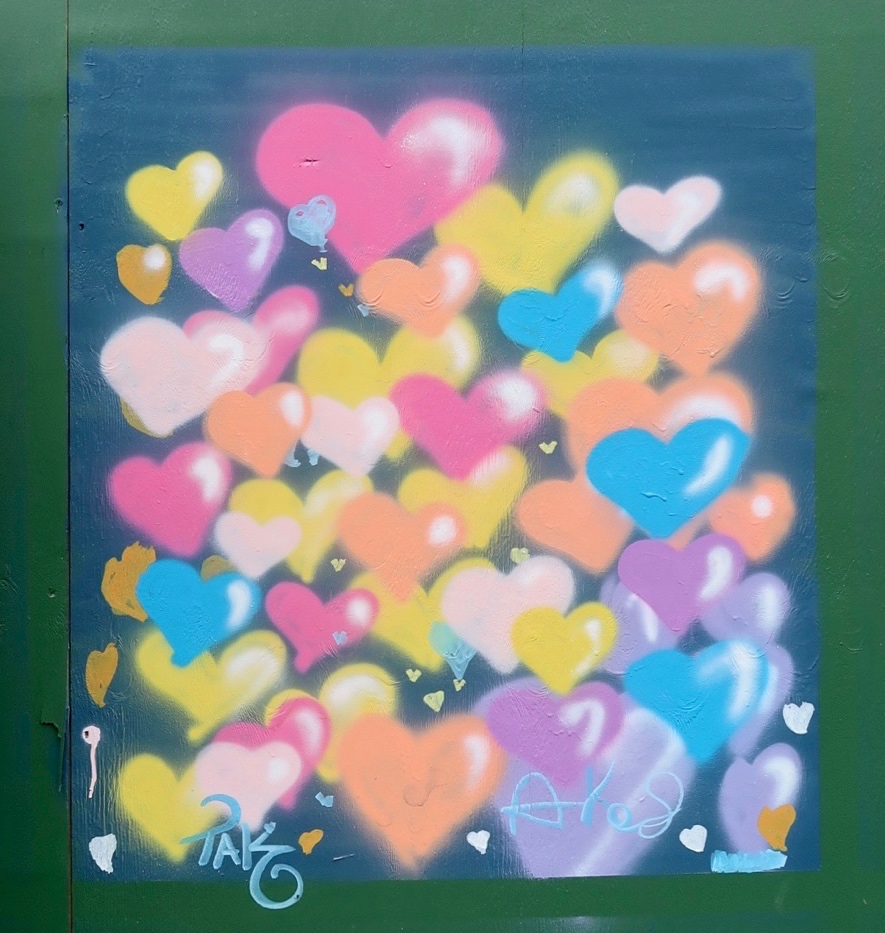 A Somewhat Sad Collection of Ornaments

Kayaking on the Hudson