By a weird stroke of luck, every book I’ve bought to read during the pandemic has been absolutely perfect, and just what I needed except one. Gore Vidal’s 1876. I bought it because I’ve always loved his books, but this one felt … pointless. I think I got halfway through before I just couldn’t give it anymore time. It wasn’t adding up for me. I switched to Kate Atkinson’s Life After Life and gobbled that one up in every free moment I had.

Now I have to pick what I will read next. The contenders:

Kate Atkinson’s God in Ruins (the next in a series, Life After Life was the first).
Edith Wharton’s The Age of Innocence.
Yoko Ogawa’s Revenge.
Isabel Wilkerson’s Caste: The Origins of Our Discontents.

For the curious, these are the books I’ve read since the pandemic began. I just realized I only skimmed the James Baldwin book. I specifically got it in hopes of reading about what life was like in NYC in the 1960s and 1970s for people of color, and there was only a relatively small amount about that.

– Life After Life by Kate Atkinson.
– 1876 by Gore Vidal (but not finished).
– No Name in the Street by James Baldwin.
– Just Mercy: A Story of Justice and Redemption by Bryan Stevenson.
– The Memory Police by Yoko Ogawa.
– Never Let Me Go by Ishiguro Kazuo.
– The House of Mirth by Edith Wharton.
– Fire in Paradise: An American Tragedy by Alastair Gee and Dani Anguiano.
– The End of October by Lawrence Wright.
– Race for Profit: How Banks and the Real Estate Industry Undermined Black Homeownership by Keeanga-Yamahtta Taylor.
– The Remains of the Day by Kazuo Ishiguro.
– The Glass Hotel by Emily St. John Mandel.
– The Woman in the Window by A.J. Finn.

A doorway on Leroy Street, a favorite block of mine near where I live. I almost moved to Leroy Street. It would have been my first apartment in the City, but there was some problem with it that I’ve since forgotten. Leroy Street is such a beautiful and magical block. The only downside is there’s a ballpark, a playground, and a city pool (where I swim when it’s open) across the street. So, it’s noisy during the summer. Honestly, I like the sounds of playgrounds and ballparks and I don’t think that would bother me. (I also don’t mind traffic noise. The sounds of trucks, cars, and sirens never bother me.) But I love how they’ve just let the vines grow over this door. How do they clean the windows though? 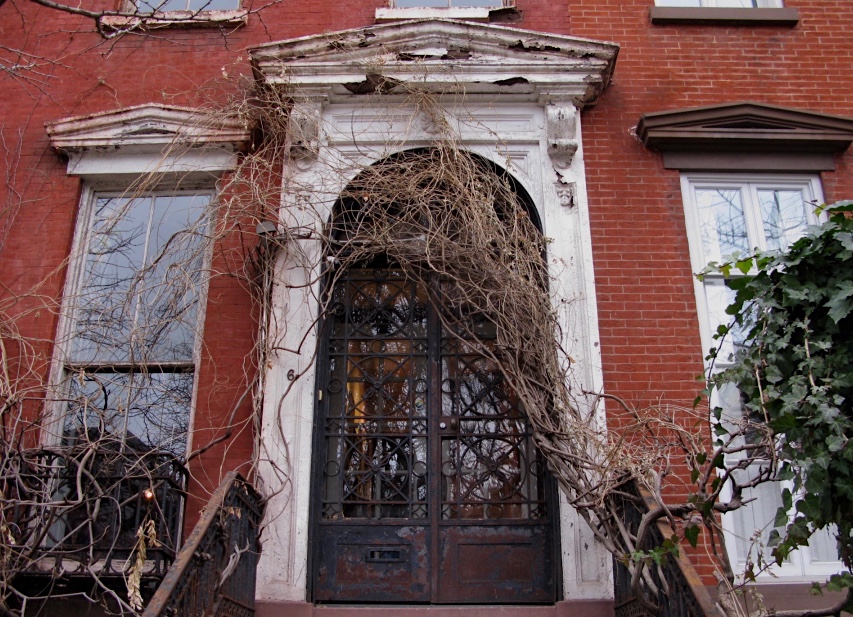 Every Star has a Song

Learn Something New Every Day

What are you going to do?