Yesterday I had a passport picture taken and in every shot I look drunk! (Note to self: get another passport picture taken.). Then I remembered a friend returned a picture he had from my wedding (I was divorced a few years later, it was amicable, my ex-husband and I still friends). I look drunk in this shot too, but even though I have a drink in my hand, I wasn’t. I didn’t really enjoy drinking when I was younger. I was having a great time though. Weddings are fun!

Getting your picture taken at 65 … I think we should be excused from having our passport picture taken. In that spot it should say, “Is the person in front of you old? Well then, don’t dwell. Move on.” Stupid young passport checkers. I wouldn’t know though, in reality I never go anywhere! 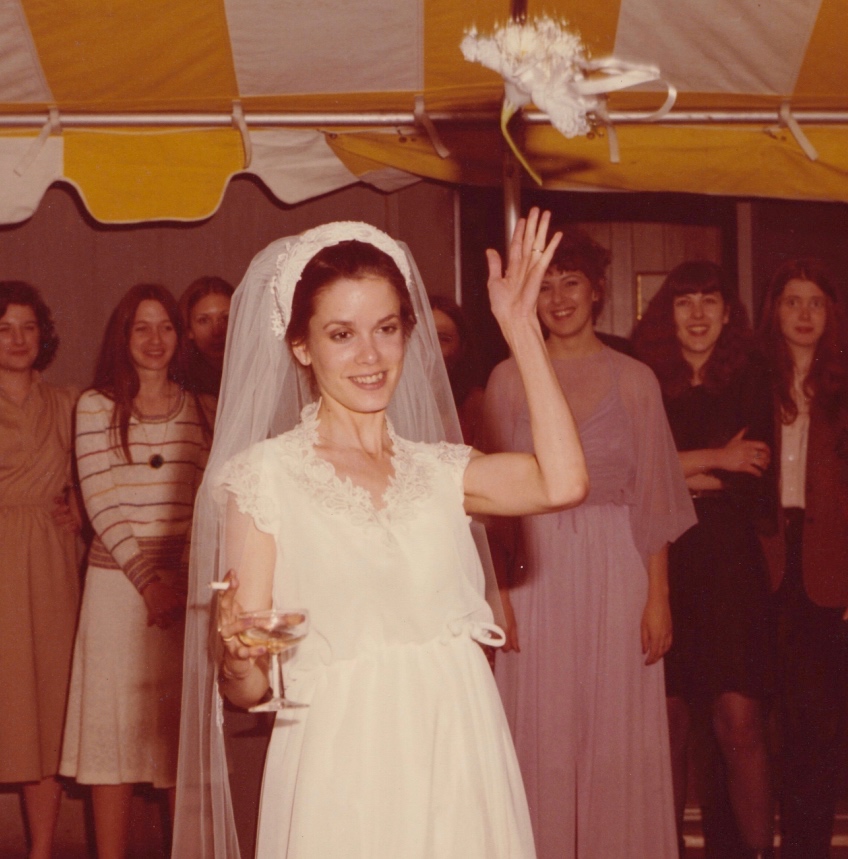 In Front of one of the Ralph Lauren Stores Right Now