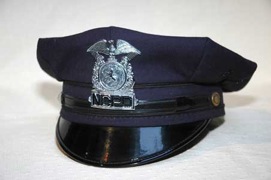 They found the records for the 1958 poltergiest case I want to write about!! YAY!! When a family in Seaford, Long Island experienced disturbances they couldn’t explain, they called the police. Who else were they going to call? The police were skeptical, of course, but then an ash tray flew at one of the detective’s heads. I’m in touch with the family of that detective, Joe Tozzi, who went on the become a police chief in Texas. Joe has, sadly, passed on. But his family tells me that while he remained skeptical, he had to admit he didn’t have an explanation for that ash tray, and that always disturbed him.

Gaither Pratt came up from Durham to investigate and he and Tozzi got along well. Gaither found no evidence of fraud.

Joe Tozzi’s wife Carla very kindly Fedex’ed a tape of an interview with Tozzi that aired on a show called The Armstrong Circle Theatre. I’ve been trying to find this. I went to the Museum of Television and Radio, but they didn’t have it. And then Joe Tozzi’s family came through!

Thanks to the Nassau County Police and the family of Joe Tozzi, (Carla, and their daughter Anna) this is going to be a really good part of the book, I think.

What happened to comments selection at the New York Times?

What would Brian Eno think?

One thought on “I love the Nassau County Police Department!”