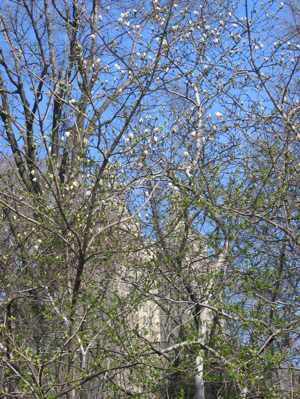 We upgraded to a new webserver and there were problems with my blog. I’m going to just blab for a second here and see if this works.

I took this picture walking through Central Park the other day.

I had planned to curl up in my down comforter on the couch today and read, but when I picked up my comforter from the cleaners they gave me someone else’s and they don’t believe me that it’s not mine. I’m waiting for a callback. I hope they find mine, because it cost hundreds of dollars. Lots of hundreds, and I don’t really have that now. This one isn’t nearly as nice and besides, it’s someone elses. The idea of using it creeps me out.

In other news: Sanjaya is never going home, is he? That reminds me, I have never liked Jennifer Lopez, something about her has always rubbed me the wrong way, but she won me over during her appearance on American Idol.

Do you think you’re tone deaf?