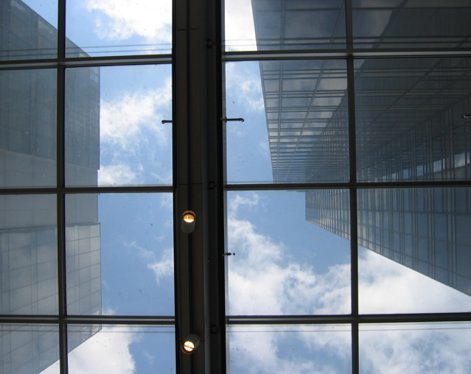 That’s what I asked Adina when the guards wouldn’t let me take a picture of anything at MOMA. She pointed up, and sure enough, it was pretty up there. This is what you see when you look up at the Museum of Modern Art. We were there to see Jeff Wall’s photographs. I was going to put one of his pictures here, but they really have to be seen in person to get the full effect. Here they are if you want to take a look. But seeing them online does not do them justice. They are huge, for one, and lit from behind.

Before MOMA we were at the Guggenheim to see another photo exhibition called family pictures.

Then I went to the library and solved the Boston Strangler murders. Okay, not really, but I uncovered new information. I’m so excited, but frustrated because I have to wait until Monday to call anyone about it. But still!! Very exciting. I was going to call the 80 year old son of someone who was briefly a suspect, but then my brother and sister-in-law and their kids sent me an online Easter card and I thought now would not be the time to call some guy to say, “Okay, so, your dad was a murder suspect …” (Of course in reality I would never broach the subject like that.)

The Loser’s Lounge Tribute to Queen