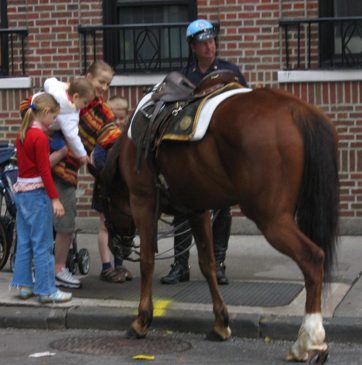 I walked by this cop and his horse on 11th Street, on my way to the gym. Doesn’t this horse look way too small for this policeman? I thought, ‘well, maybe he’s a baby horse in training, out on his training run, on the quiet streets of the West Village,’ but still. He looked too small to carry that guy (not a comment on the guy, who was an average sized guy). The horse loved those kids though.

I found this absolutely adorable YouTube video of a mounted cop, I think I read it was made by the guy’s daughter. Very cute.

OH. I almost forgot. I found the most perfect song. The number one most perfect pop song in all the universe. I didn’t find it, my friend Aly told me I’d like it and he was right. It’s called Couldn’t Be Done and it’s by Tim Finn. I have to make myself stop listening to it over and over. Everything about it, the words, supported by the most perfect, mood-lifting, everything’s-going-to-be-alright melody. Go find it and listen to it. You’ll thank me. No seriously, go find it now. (Excuse me, but are you still here?? GO. I mean, please go.)

Last night I went out to Huntington to a dinner to honor my brother who was named the Man of the Year by the Kidney & Urology Foundation of America Inc. Most of my pictures didn’t come out so well but here are a few, such as they are.

This is me and my friend Chris. It looks like she’s squirming to get away from me, right? That’s because I have Bleeding-Face-Cancer. (A blood vessel broke and bled out into my face.) 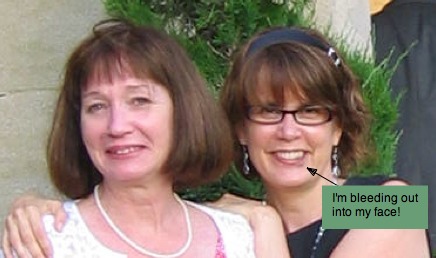 The party was held at the house built by banker Otto Kahn because bigots in another location on Long Island wouldn’t let him live where they lived (because he was Jewish). Here are the grounds behind his home. I kept thinking, ‘this is a beautiful place where I don’t live.” 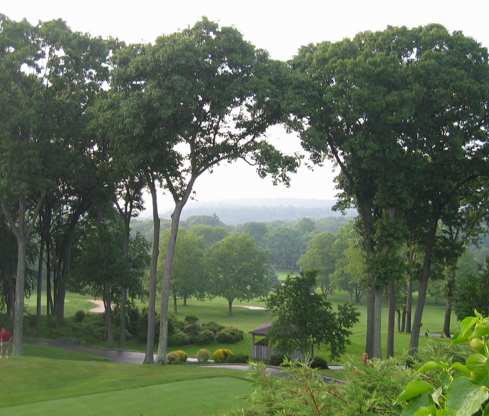 Here is the house that Otto built. Here I’m thinking, ‘too much to keep clean.’ 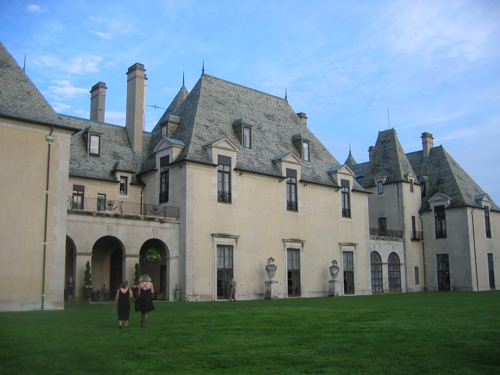 This is my father introducing my brother. I have to say, I was terrified when my father got up to speak. 1, because my father is not an expressive man, so there’s the no-experience-expressing-his-feelings thing and 2, because he never expresses his feelings, he’s a complete mystery, so God knows what he’ll say. “Ladies and gentlemen, I would like to take this opportunity to discuss capacitors.” (My father’s degree is in electrical engineering.) And 3, because he was following the guy who was honored before my brother, Dr. Zelig Frischer, who spoke about the years he spent in a Siberian concentration camp. Good freaking lord how is my inexpressive father going to follow that?? Cringe, cringe, cringe.

Thankfully, he realized there was no following that, and he was brief and gracious. Good job, Dad! 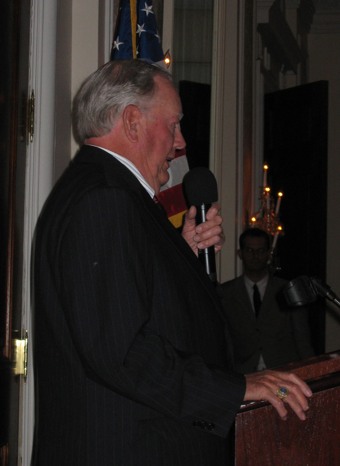 This is my brother Douglas, who is public speaker extraordinaire, so I had no worries when he got up. He was great and moving as always. I wish I had gotten a picture of his friends Jon and Kat. We all took out pages in the program to congratulate him, and I was so sure mine was going to be the best (it was a snippet from the television show Angel) but Jon and Kat blew me out of the water by congratulating him on winning man of the year which was great considering the women’s clothes thing. (God it was perfect. Jon and Kat, I learn from you.) 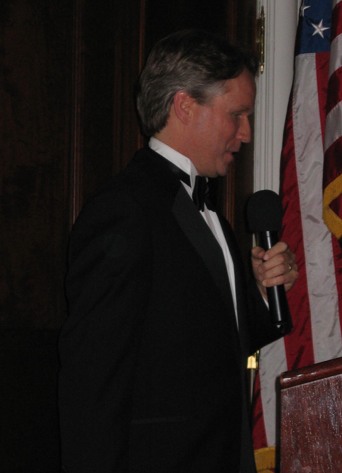 Buddy: Look at that.
Finney: I know. It’s right there.
Buddy: Right? But does she let us get at it? No. For she is evil.
Finney: She is most certainly evil.
Buddy: I depair sometimes.
Finney: Look, I’m going to just sleep. It’s just too depressing.
Buddy: Okay, dude. I’m going to keep watching. You know, like, what the hell. Fuck it. 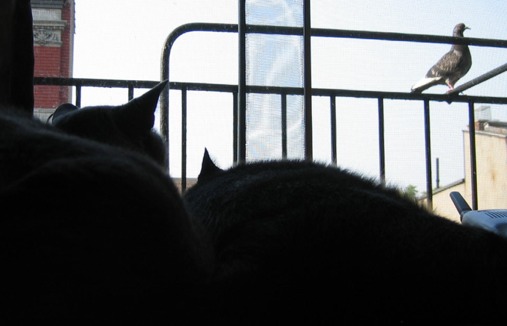 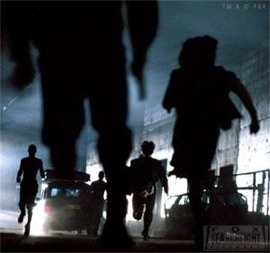 Going to see 28 Weeks Later this morning with Jonathan. Now this is how I like to start a weekend. ZOMBIES.

Last night I went to the Loser’s Lounge, but I forgot to bring out my camera. It’s almost gotten to point where if I don’t take a picture and blog about it, it didn’t happen. It was great, as usual.

After zombies, it’s work work work this weekend. I’m going to read my book cover to cover and see how it holds together and what needs to be done to make it a coherent whole. I haven’t read the whole thing through, but this is also the first time I’ve written a book that was laid out in chronological order. Still, I need to go back and make sure certain things I want to emphasis are running through the book in the right … strength. At the same time I need to delete things that I thought were going to be important, but turned out not to be. 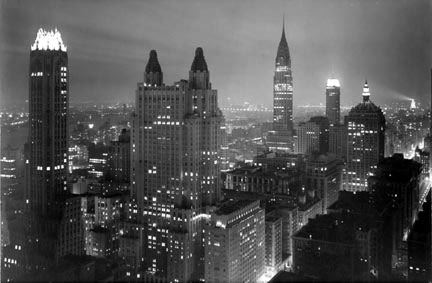 Norfolk, VA. Born there, while father was in Navy. Left when I was three-months-old.
Rockville Center, Long Island. No memory of it.
Levitown, Long Island. The epitome of suburbia I’m told, but I have no memory of it.
Centerport, Long Island. Loved it here, was unhappy when we moved. We lived across the street from what is now a protected nature preserve. Lots of woods and swamps and streams.
Huntington, Long Island. This is basically where I grew up.
Syossett, Long Island. Lived here after parents divorced.
Jensen Beach, Florida. Went to school at the Florida Institute of Technology to study oceanography.
Athens, OH. Transferred to Ohio University to study photography.
Waltham, MA. Transferred to Tufts University and the Museum School. Also to study photography and fine arts.
Cambridge, MA. Waltham was depressing, so I moved to Cambridge. Loved Cambridge. But my dream has always been, since I was a little girl, to live in …
Manhattan. Look at the picture! That’s my home.