The people reading the names down at the Trade Center today were first responders and volunteers. While I was in the tent waiting for the ceremony to begin I realized, these are the men and women who went down to help and lived. Given the recent article in the Times about the number of first responders who suffer from PTSD, I wondered if some of the people I was with today feel survivor’s guilt. (I was a volunteer. I didn’t work on the pile, I was feeding rescue workers and making their beds at St. Paul’s Chapel.)

As always, I took pictures. These were the people behind me on the line to read names. The guy in the white hat has a sweet face, doesn’t he? 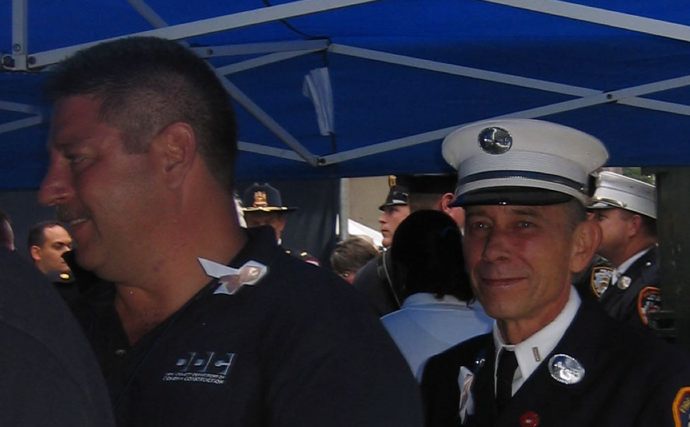 This is a picture of the platform from where I stood, waiting to go up. That’s a big hulking secret-service-type guy in the foreground. There were a number of those, but not nearly as many as years past. (I would love to be a big hulking guy for a day, just to see what that feels like.) I couldn’t count, but it seemed like there were hundreds of people lined up to read names. 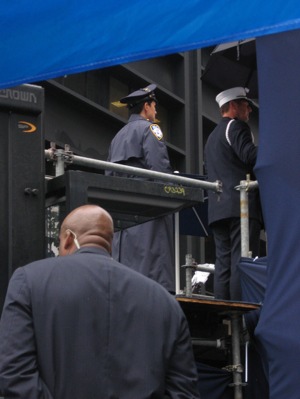 These are people actually reading names. When I got up there it really began to pour. The guy holding the umbrella behind me used me almost like an anchor. The umbrella was against my neck and head and I couldn’t move, he had me pinned.

I listened to myself on the tape, and it sounds like I mispronounced a name. Amy R. King. It sounds like I said Amy R. Kim. I apologize to the friends and family of Amy King. But they told us they had people whose only job was to listen to us and if any name was mispronounced it would be said again at the end. I can’t believe I got through my one difficult name and messed up “King.” I’m so sorry. I feel terrible. 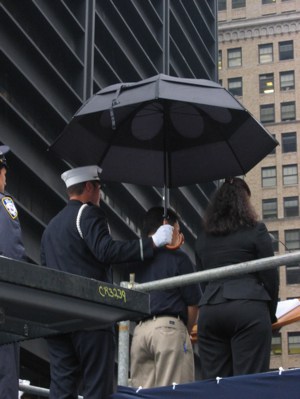 My out-of-focus shot of the Giulianis. I am not a fan of Giuliani, but he got up, read a short and lovely Elie Wiesel quote and got off. I was right there when he got off and I said, “That was perfect,” to him because it was, and he squeezed my arm and said, “Thank you, dear.” (And I screamed in fear. Okay, I didn’t do that.) Eliot Spitzer was there and he shook the hand of every person in line, and I am a HUGE Spitzer fan so I fell apart when he shook my hand and said something to me, I don’t remember what, but I said, “Thank you,” even though whatever he said was not something you say ‘thank you’ to. Andrew Cuomo was there, and man he’s handsome, but there’s something wrong about him, isn’t there? I forget. 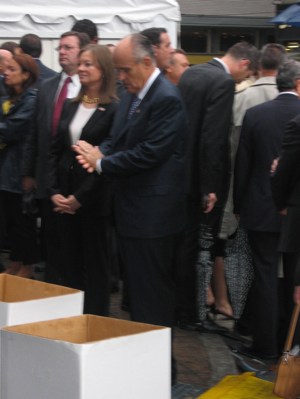 This is walking down into the site. 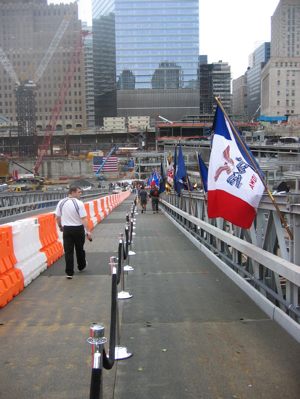 These are the flowers in the reflecting pool in the footprint of the towers. 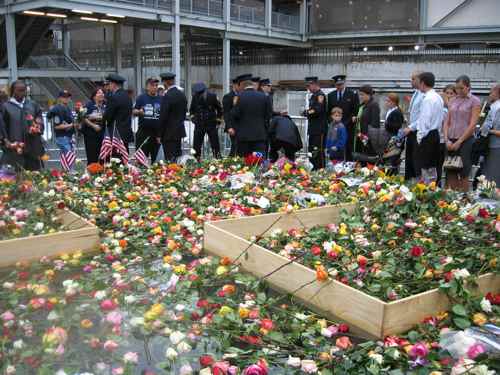 This is the wood around the rim of the reflecting pool. Wherever people could write, they did. Sharpies were placed there so they could. 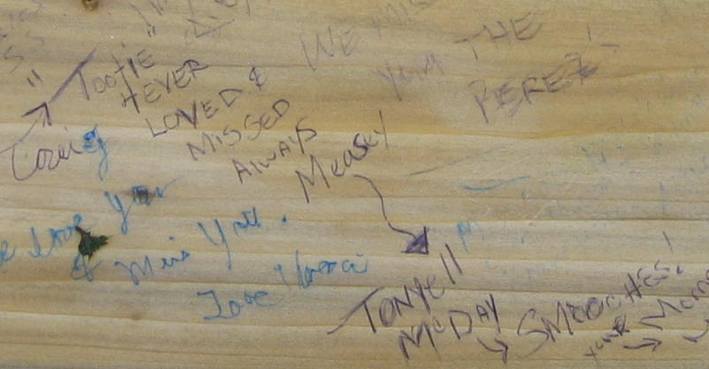 This is walking out of the site. It’s such a forlorn shot, isn’t it? I was so proud to read names today. Every few feet there was someone who had a job to do, lining people up, explaining when to start and stop, holding umbrellas, doing security, getting water, escorting people on and off, and so on. Everyone was so nice and efficient. I saw a bunch of my friends, and some of us went to lunch at the Millenium Hotel, which was nice, because that wasn’t something we could do back then, of course.

Good bye World Trade Center. Rest in peace, people who died there. It felt sad to walk away from you then. Sadder than reading your names. 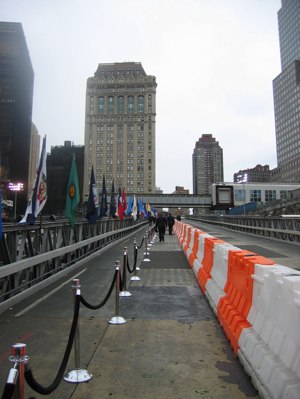 Working on My Brain’s Elasticity

What I Saw When I Went Out Today

2 thoughts on “These Are the Ones Who Lived”