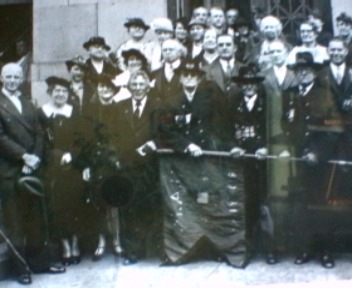 I’m always cutting and pasting bits and pieces of things I read. Like the other day I saved this:

“On the basis of their measurements, the team concluded that if the photons had communicated, they must have done so at least 100,000 times faster than the speed of light — something nearly all physicists thought would be impossible. In other words, these photons cannot know about each other through any sort of normal exchange of information.”

I thought experiments like this had been done many times and weren’t news. This was a reminder to read the whole article and figure out what’s what. But the snippet I want to talk about is this:

“A Westhampton couple were killed in a plane crash in Massachusetts; a third person was also killed. The flight was an “angel flight,” via Angel Flight, the non-profit that flies people to medical centers for free; the couple (the husband had cancer) was headed to the Dana Farber Cancer Institute in Boston.”

That same morning I was on the subway, and for a minute the car went much faster than usual. For a second I thought, ‘run away subway car,’ and got scared. This is how you die sometimes, out of the blue. It’s a day like any other and than bam, your subway car goes out of control and you’re dead. It’s over. You never saw it coming. No time to prepare.

Same with the wife in this poor Westhampton couple. She was thinking her husband was the one in danger, and she was probably heartsick about him, but they must have boarded that plane full of hope, and then bam. They’re both dead. And even if she was full of hope, he was supposed to be the one that maybe would soon die and like that, she’s dead too.

Ha. Cheerful, huh? Yes, you can thank me for this Monday morning pick-me-up thought of the day. Sorry.

The picture is an isight camera shot of a picture of Civil War veterans that hangs next to my desk. My grandmother and great grandmother are in the shot. They were members of the Daughters of the Union Veterans of the Civil War (which I joined to learn what I could about my ancestors).

Coast to Coast AM With George Noory

How to Write Effective Email – Tip 3