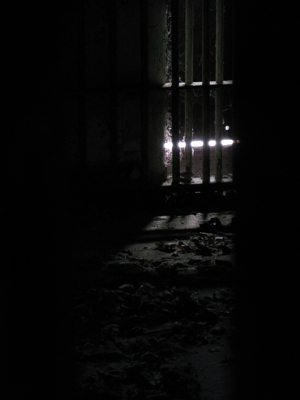 I’m back from Governor’s Island.  Such a pretty island, for something which has been limited to serving as a military facility for over 200 years!  I’ve always known it as a place which housed the Coast Guard, but different branches of the military have used it going all the way back to the Revolution.

It wasn’t easy getting the pictures I wanted. And while I struggled to get this shot my battery died.

The door to this area was padlocked, but there was a small opening, just a few inches, so I did my best to balance my camera inside that small opening. I couldn’t really see enough to focus and there simply wasn’t a lot of room to position the camera the way I would have liked.

That said, this will do very nicely.

This was inside Castle William, which was also at one time a prison.

“Not a bad prison, as prisons go,” I heard a tour guide say in the distance.

But maybe the Confederate prisoners during the Civil War would have disagreed. 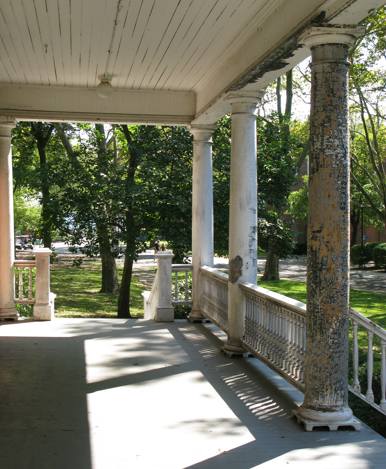 This lovely paint-crumbling porch was the location of a 1988 summit between Soviet President Mikhail Gorbachev, President Ronald Reagan, and President-elect George Bush (the dad, who doesn’t seem so bad now after the son).

It was strange standing there imagining it.  I live in such a place of such history, such big history.  And my life is so comparatively small.  I’m not putting myself or my life down, it is what it is.  I am not deciding the fate of nations. But people who do are all around me.

It wasn’t hard to imagine the former elegance of this building or this island, the whole place is beautiful.

But I wonder why this building and all those in this particular row were allowed to waste away like this.

I looked inside for hints of its former splendor, and again, it wasn’t all that hard to imagine. I loved the understated beauty of the building. 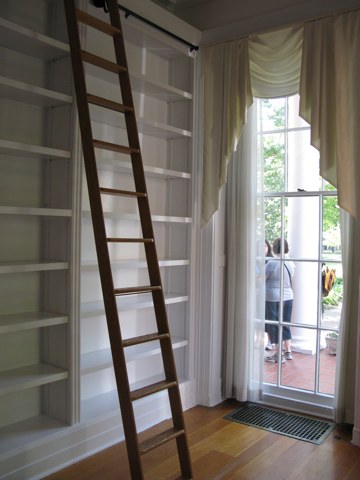 Of the whole place.

so graceful and refined.

It was one of the few

we were allowed in

that has been maintained.

I wish I had stood back further.

And waited for the people

to leave the porch.

But my days of waiting hours

for the perfect shot, however,

Besides, there were other things

I wanted to see.

To go home! My fabulous home! 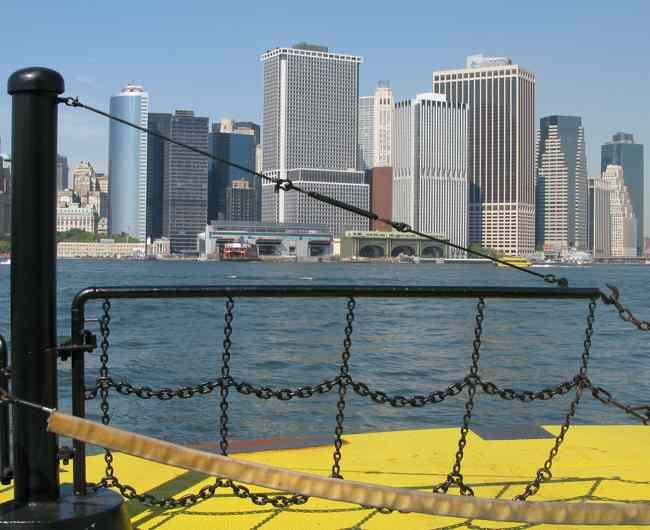 Attention Sex and the City Fans

Reading at KGB Next Week

2 thoughts on “I Love the Look of Crumbling and Decay”