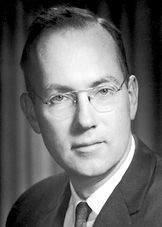 From the Open Letter to the American People, signed by 61 Nobel laureates:  “During the administration of George W. Bush, vital parts of our country’s scientific enterprise have been damaged by stagnant or declining federal support.  The government’s scientific advisory process has been distorted by political considerations. As a result, our once dominant position in the scientific world has been shaken and our prosperity has been placed at risk. We have lost time critical for the development of new ways to provide energy, treat disease, reverse climate change, strengthen our security, and improve our economy.” [Boldface and italics mine]

This is Charles H. Townes, who was awarded the Nobel in physics  in 1964, “for fundamental work in the field of quantum electronics, which has led to the construction of oscillators and amplifiers based on the maser-laser principle.”  I wanted to put at least one face to that letter.  I chose Townes at random.

He looks like everyone’s 1950’s, distant dad (no offense Townes).  But that was the official photograph, and those were the times.  Here’s a more fun shot from the 1955.  That’s him on the left and James P. Gordon on the right.  They are posing with a maser, which eat people’s brains. There was a lot of controversy that year about awarding the Nobel to an evil scientist, but …  okay, I’m done. 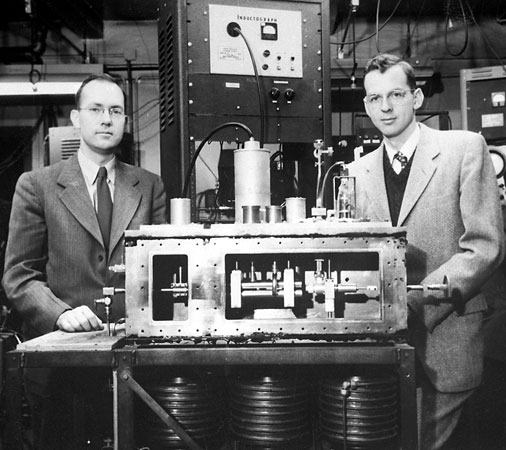 Oh, here’s an interesting fact from Wikipeidia.  “He considers that ‘science and religion [are] quite parallel, much more similar than most people think and that in the long run, they must converge.'”  My, my! I also see a reference to him and SETI.  Another my, my.  Now I want to talk to Dr. Townes.  I’ll bet there are great stories behind every name on that list.

I wish we were all as familiar with the names at the bottom of that letter as we are with names of all the actors on tv, and I say that as someone who LOVES tv.  Nothing wrong with tv.  I’ve been mulling this over for my next book, and it’s all starting to coalesce, although I wish it would coalesce a little faster.  A girl needs to make a living.

It’s a Big Deal to Me