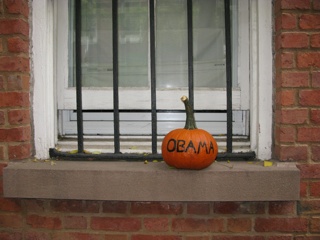 They are so hitting the ground running. Check out Obama’s new website. I actually sent away for a job application.  I guess I’m getting carried away, but I want to be a part of it. Everywhere all over the website they keep asking for ideas and stories and help.

Everything about this website is the opposite of the past eight years.  Once again, it’s just so freaking exciting.

I’ve been reading Obama’s speeches from the past year.  I think it’s just possible that he might be one of the great ones. (Not too much pressure.)

Here is part of his speech from New Hampshire.

It was a creed written into the founding documents that declared the destiny of a nation.

It was whispered by slaves and abolitionists as they blazed a trail toward freedom through the darkest of nights.

It was sung by immigrants as they struck out from distant shores and pioneers who pushed westward against an unforgiving wilderness.

It was the call of workers who organized; women who reached for the ballot; a President who chose the moon as our new frontier; and a King who took us to the mountaintop and pointed the way to the Promised Land.

I want to help!