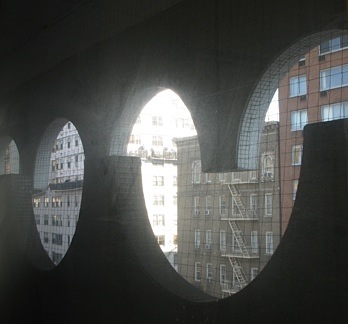 When I was at the doctor yesterday the subject of the economy came up. We commiserated briefly about what we both had lost and about having to work until the day we died, although for me personally, I never thought otherwise, and then I turned and noticed this view.  This doctor’s office is inside the O’Toole Building, which is part of St. Vincent’s Hospital.

There’s been a big war in the neighborhood about tearing the O’Toole building down to build a bigger, more state-of-the-art hospital something. I have to admit I didn’t really pay attention to the whole thing.  The battle was lost, and the building is going down, and I just don’t care!  I’m sorry.

I always thought this building was ugly (see below) and having newer, fancier facilities sounds like a good thing to me.  But this doctor was saying that due to the economy, the new building probably won’t happen. It’s interesting how this is reverberating, and it’s far from over.  I try not to think about what it’s going to mean to me because I don’t know what I can really do about it. 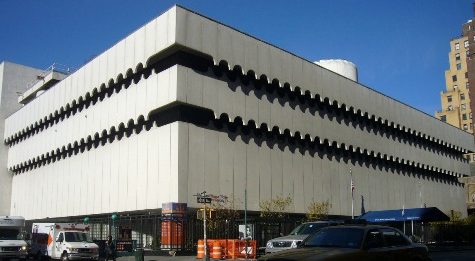 Waiting for My Camera to Arrive

Exposed: A History of Lingerie