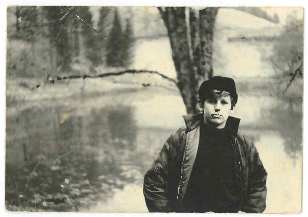 I saw you in the dead boy’s room
You were wearing the traditional black guitar.

In the spring of 2001, Aly asked me to write these liner notes because Aly, David, and Robin were thinking again about the Leisure Units music, and trying to get a CD together based on the master tapes.

Like so many other things in the Leisure world, this didn’t happen. But now that Aly is gone too, really, it should. When I dug the CD out from under the pile of my 7 year old daughter’s Jonas Brothers/Hannah Montana/Avril Lavigne collection and played it for her, she was soon dancing wildly around, singing, CaCaCaCaroline!

That’s got to be worth something. 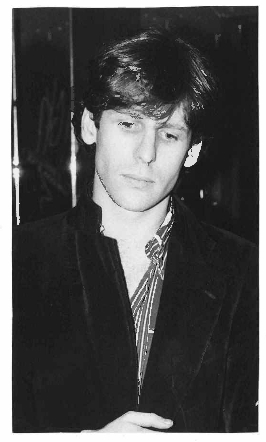 On the way over to the memorial gathering for Aly, I remembered an extended joke from the Leisure era. It was a comic marketing ploy–I don’t remember whose idea it was originally, but I remember hysterically laughing at it (OK, maybe there were other things involved in the laughter, I don’t recall).

It was when things were falling apart (the first time), and it was an idea for a late-night infomercial of the kind you might see on the USA Network: A clear blue sky, a small plane spinning downward out of control, a crash, then headshots of Michael, Aly, David floating above the flames. A sepulchral voice (Michael’s of course) intones: You never got to know them in life! Now, after their tragic death, you can learn to love their music!

It seemed hilarious at the time. Now, with Aly gone too, it seems funny/sad. Sort of like life.

(Pictures of Aly as a boy and then a young man courtesy of Rachel de Cordova.)

Damnation Island Goodreads Give Away