I’ve posted about this hotel several times.  I’ve had my eye on it for years.  It sits on the corner of Barrow and West Street, that’s the highway along the Hudson River. My fantasy was I’d buy it and me and my friends would live in it as a retirement home of sorts.  Someone else bought it, replaced the windows, and it has sat ever since, no more renovations, no nothing. More below … 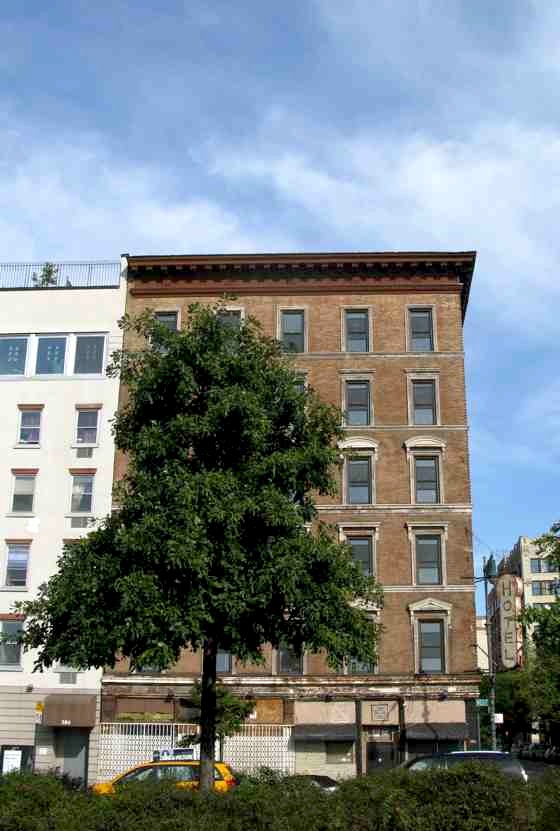 I posted the following (and this picture) last year. 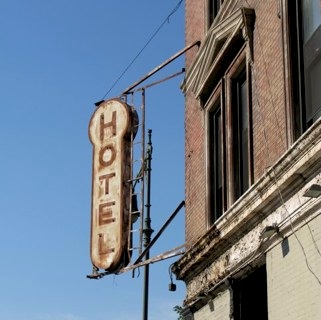 It was the Knickerbocker Hotel until 1910. After the Knickerbocker closed it became the New Hotel Keller, and then the Keller Abington Hotel, and since 1993 it’s been shortened to the Hotel Keller (although on the notices plastered on the door it’s still referred to as “Keller Abington Hotel”). The bar at street level was a gay bar from 1956 – 1998. [That’s a lot of history.] No mention of where the name Keller came from. The owner wasn’t named Keller. The new owner plans to keep the first floor commercial and the rest will be converted into apartments.

I keep meaning to research it a little more during one of my trips to the library, but every time I’m there I forget. I was just there too, and I had a little downtime. I always do. I’ll be waiting for a book and have time to putter and do something else while I wait.

Back From My Second WTC Tour