But check out the beautiful window of this new store on West 4th Street.  It’s next to one of the few deli’s left in a formerly deli-rich neighborhood.  This store is also in the spot of the former Patisserie Lanciani, another place I miss. Oh God.  Life is slowly becoming a bunch of things and people I miss. (We’re doomed!!)

This store is like a gallery of clothes.  Coincidentally, on the other side of the deli is another new business—an art gallery.  I asked one of the deli guys if he was excited about two new stores going in on either side of him and he said, “Another two stores I can’t afford to shop in.”

I had to concede the point.  That’s our neighborhood now. Places we can’t afford to shop in. 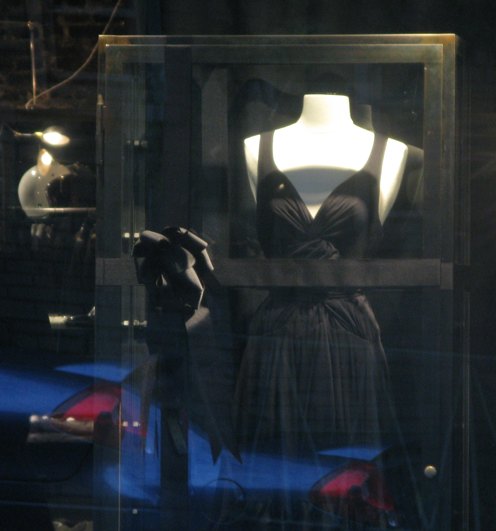 Christmas in the West Village