I’m so mad at myself. There’s a thing going on right now at the Beacon theatre for 9/11 families and rescue worker and volunteers. Tickets were given out I guess on a lottery basis, and I got two!

Hillary Clinton is going to be there, along with a lot of other interesting speakers and performances, music, etc. I was downtown having lunch with my fellow 9/11 volunteers and I was going to go from there, but I left my tickets at home!! IDIOT. For security reasons you had to arrive by 4pm. So I missed out. I can’t complain. I really had a great day.

Here are pictures I took on my way to meeting my friends for lunch. Some are probably like, “Why did you take a picture of that?” I will explain. Like this first one. This is in front of the site. The towers would have stood behind these guys. It was the small stack of water bottles. During the recovery effort whenever we needed something it appeared. A lot of my time was spent stacking stuff that was donated from all over the country and the world. Sometimes I’d spend an entire day stacking breakfast bars, for instance. Or water bottles. Or shoes for the rescue workers. Their boots kept melting because the fires burned underground for months.

So now sometimes when I see a stack of stuff that’s meant to be given away to whoever needs it I think, “Oh yeah. People are kind.” 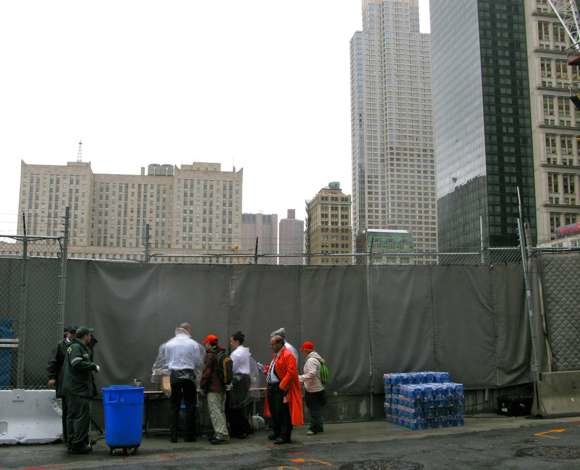 That’s the 10/10 firehouse at the bottom right, which is across the street from the Trade Center. To the left of that, where you see the blue sign with the towers, is the Tribute Center where I volunteer occasionally. 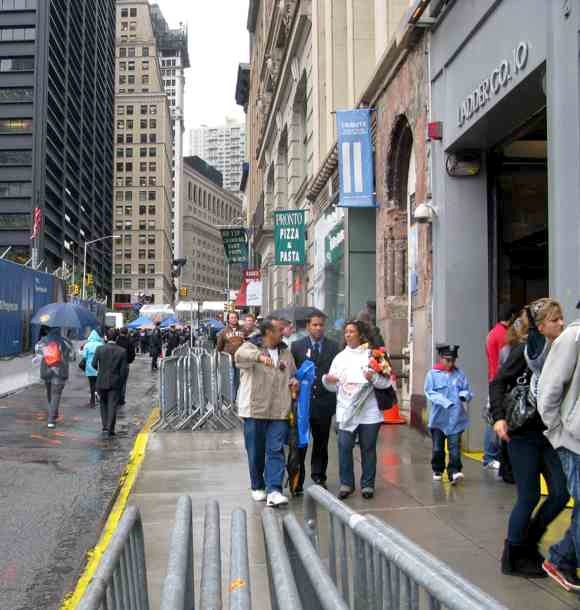 Along this wall (you can’t see it from this angle) is the FDNY memorial, which is next to the 10/10 firehouse. 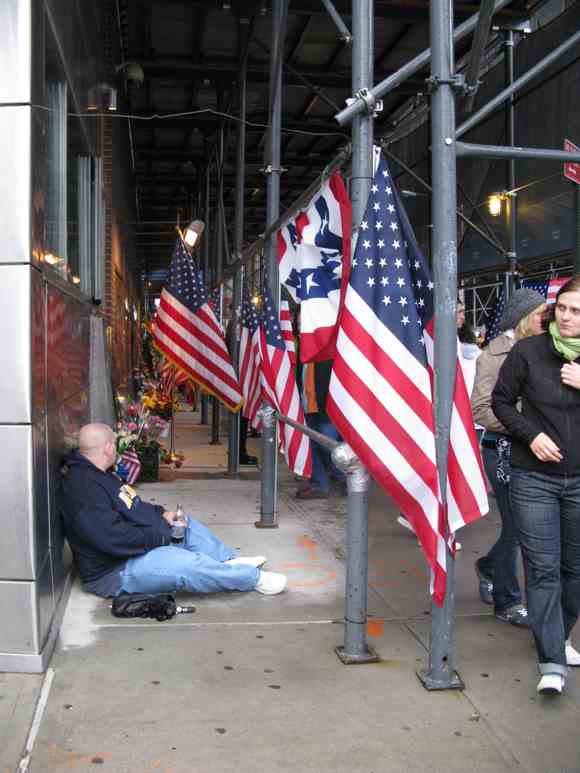 This fireman is standing in front of the memorial. He caught my eye. I came back to photograph him. Isn’t there something about him, the way he is looking at me? Don’t you want to know what his story is? 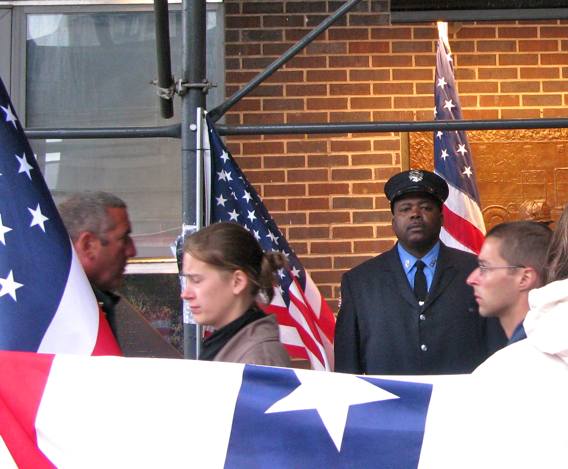 Okay, this is another thing that says 9/11 to me. On 9/11, all the bars around the WTC will be so packed the guys spill out onto the sidewalk out front. No disrespect. Nothing wrong with having a drink on 9/11. 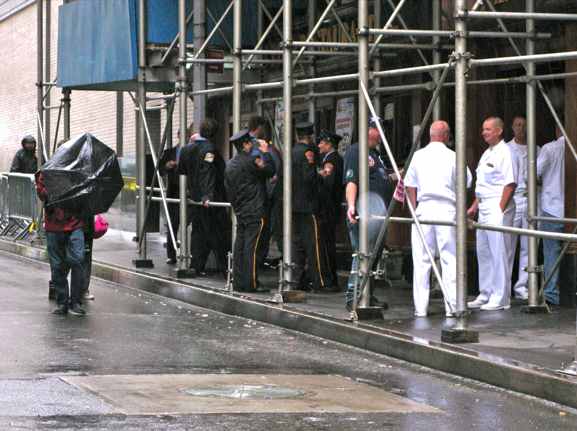 And here are me and my friends at Moran’s on Washington Street. Thank you, Moran’s!! You did a great job for us. I posted about them a year ago and a day. 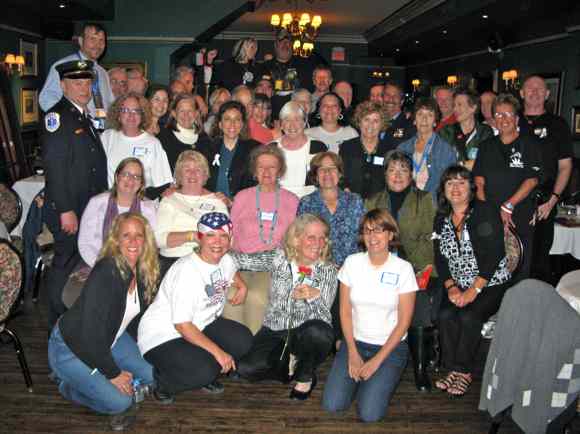 A Man and His Rescue Dog

One thought on “A Few Shots Around the Trade Center”