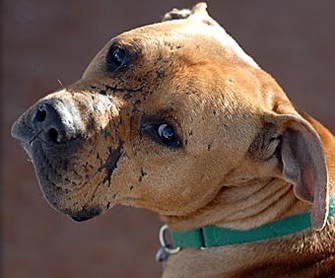 I just read this on the Best Friends website. WARNING: It’s upsetting.

“Michael Vick may have paid his legal debt to society, but how does one begin to assess his heart and his mind when he has done little more than say what he needs to say to get his job back.

“When we brought the Vick dogs to Best Friends Animal Sanctuary in January of 2008, they arrived in various states of trauma. While we’ve had many positive, groundbreaking experiences with the dogs, some have yet to recover, and some may never recover from the abuse and neglect they suffered in Vick’s care.

“To our knowledge, neither the NFL nor Michael Vick or his handlers has called to ask how the dogs are doing. These very real, living victims of the story are nowhere to be found in the ongoing debate about Mr. Vick’s image makeover.

“Vick’s handlers shopped him around to various national animal organizations, including Best Friends Animal Society, while he was still in prison. We were interested, but prior to involving him in our work and providing him with a presumed endorsement from Best Friends, we first wanted to see him actually demonstrate his remorse by undertaking unheralded volunteer work. Perhaps it would be spending six months to a year doing helpful chores at some animal shelter; or it could be visiting community centers to talk to kids without fanfare or any expectation of personal gain …

“Let’s set the dog fighting aside for a moment. Michael Vick personally drowned, electrocuted with jumper cables and body slammed dogs to death. He could have paid a vet to put the dogs down with a lethal injection. After all, he did pay someone to meticulously remove the teeth, roots and all, of Georgia, one of the Best Friends Vick dogs, so that she could be bred without endangering her male partner.

“But, no, he preferred to kill them up close and personal. One can only imagine the scene as Vick and his cronies attacked those poor dogs with vengeful glee. Would someone who expressed that level of aggression and violence against another person, even without a death involved, ever be considered for immediate re-admission to professional sports?”

Trader Joe’s a No Go

Up on the Roof

4 thoughts on “This Says it all About Michael Vick”