I finally went up on the Highline. It was just for a minute or two both before and after the ITP 30th Anniversary Party, which I’m going to post about another time.

The Highline is a stretch of elevated railroad tracks that was shut down and allowed to become overgrown with weeds and wildflowers. It has since been renovated and is now a public park, keeping a lot of what made it special. Not enough to my mind, but I can’t complain.

Here is before the party. I’m looking uptown. 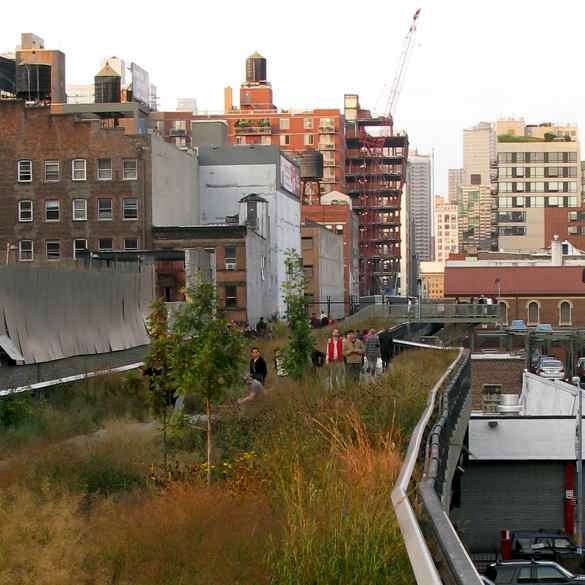 And here is after the party, at night. The picture is actually a mistake, but I prefer this mistake to the shot that follows, which is what I was originally shooting for. 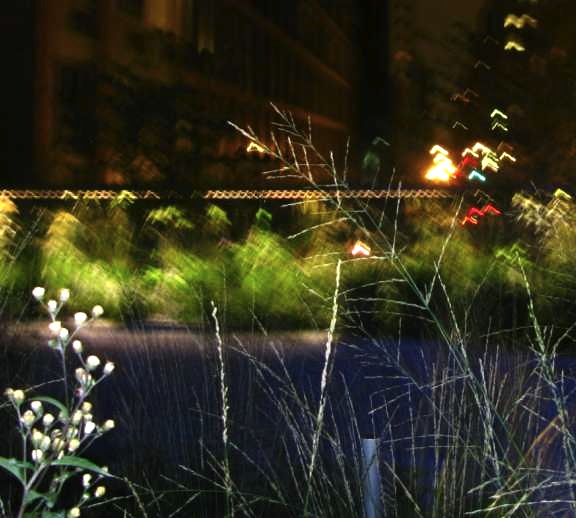 Not as pretty and magical, right? This is looking east, I forget which cross street. 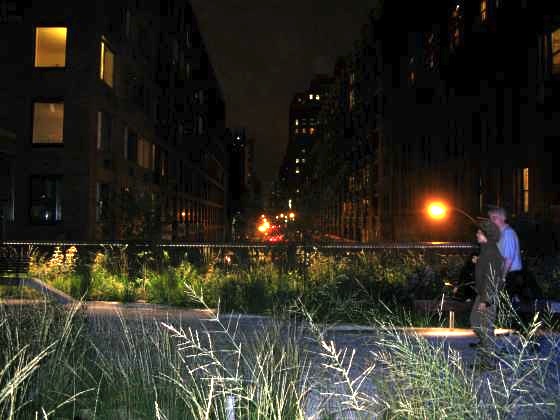 Tomorrow is a Month