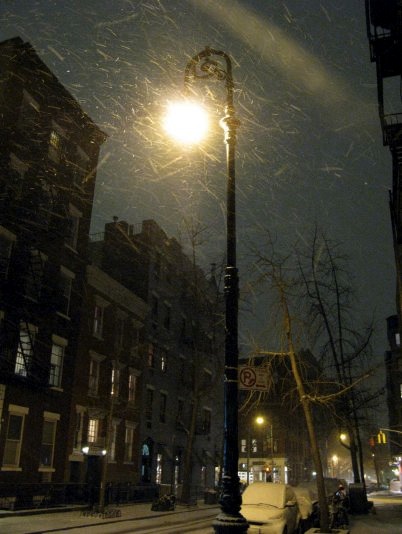 This was taken minutes ago on my block. Alright, technically it’s snowing, but it’s no blizzard.

There’s a nice light out though. But still, it’s little more than a dusting. There’s a crowd outside the Marc Jacobs store, as per usual. Although there are less people on the street in general. Probably because they were geared up for a blizzard and so they’re already in hunker down mode.

I think I really have no excuse to not head out and carol at Paddy O’Reilly’s.

And what if someone can actually hear me sing??

And I’ll have hat hair on stage.

Fuck it, I think I’m going to go. I already have a red top on. (We were asked to wear red.)

Here’s another shot I took walking home on 7th Street. 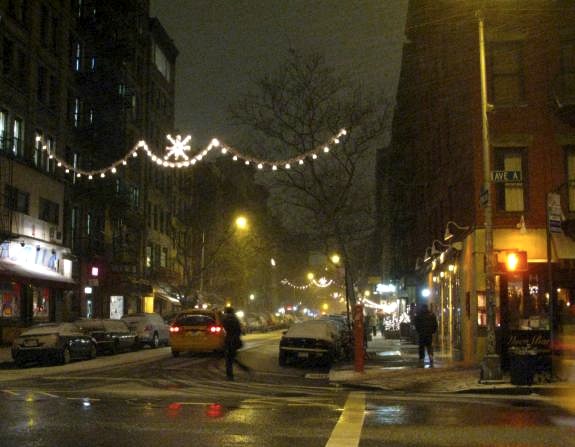 Live From a NYC Polling Site