I discussed the fact that Finney seemed to feel fine with the doctor, but the doctor re-explained and slowly all the things I missed when he tried to tell me yesterday. Pretty much everything that can be wrong with a bladder and a penis are wrong with poor Finney.

Not the least of which is a thing like a rend or bubble that could burst at any moment and send urine into his blood stream which I’m guessing would mean curtains for Finney. So I left him there for surgery.

I will be spending the rest of the day trying not to go crazy with worry.

This is my friend Jim playing one of the pianos that are part of a public art installation by British artist Luke Jerram called Play Me, I’m Yours. I meant visit one of them and take a picture myself, but Liz already got this video of Jim. I love what she says about how everything is a competition here.

Finney woke up acting completely normal this morning. No crying, no peeing constantly. What if he’s okay now?? Obviously I am going to check with the vet, but what if he doesn’t really need the surgery? Except when the vet was explaining yesterday there was something about a long standing problem, and maybe he hasn’t had FUS all this time. I couldn’t follow well because I was fixated on the fact that he needed surgery.

Buddy has finally stopped crying for food, however. I can’t feed Finney because of his surgery so I can’t feed Buddy either. I’m dropping Finney off at 8am, so I’ll feed poor Buddy as soon as I get back.

They took all the signs down at St. Vincent’s. For those who might not have seen the pictures I posted — St. Vincent’s Hospital closed recently. People immediately started hand writing messages on the boarded up emergency room. This is the first picture I took. 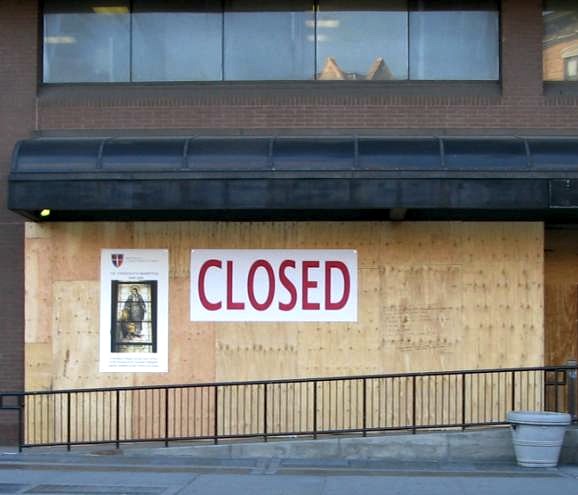 Within a week or so the boards were filled with signs and the hand-written messages of hurt, anger, and appreciation for all the help people had gotten there over the years.

When I walked by yesterday it was all gone except for one ghost-bike like sign, which was actually kind of offensive. One, because they used a ghost-bike and two, because they used it for an ugly message (if closing the hospital meant a Wall Street type would die then it was a good thing). 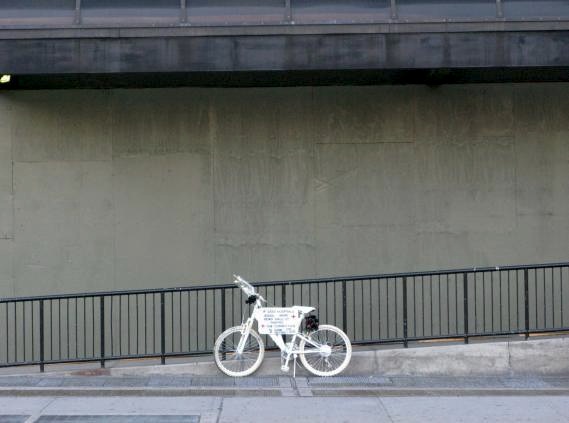 I swear, my cats cannot catch a break (except they’re still alive so I guess in the bigger picture sense they can). Finney is having surgery in the morning. I mean, come on. I can’t believe the poor little guy is going to have surgery. My poor poor baby. I just fed him some crappy Meox Mix food as a treat. Well, the good news is he will feel better. After a no-fun recovery, I’m sure.

I took this at lunch. It’s a billion degrees out and these poor guys still have their jackets on. It really was bad out, I am not exaggerating. It was painful in the sun just standing still.

The rules for men’s fashion need a serious overhaul. We don’t have to wear pantyhose anymore. They should be able to ditch the jackets and ties. 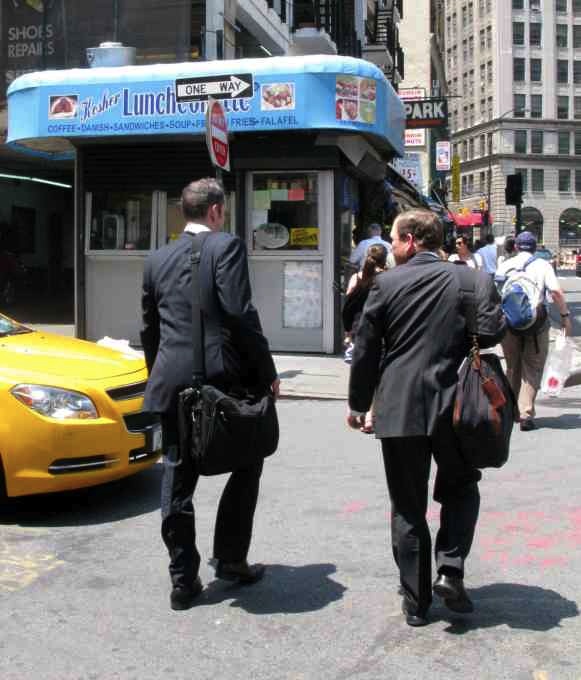 I’m going to work. I gave Finney his pain meds and I’m heading out. I should hear about the results of the sonogram today. I’m hoping for, “We didn’t find any crystals. This is just a really really bad bladder infection. He doesn’t need surgery.”

This is looking out the window of the vet, while waiting for them to bring me Finney. 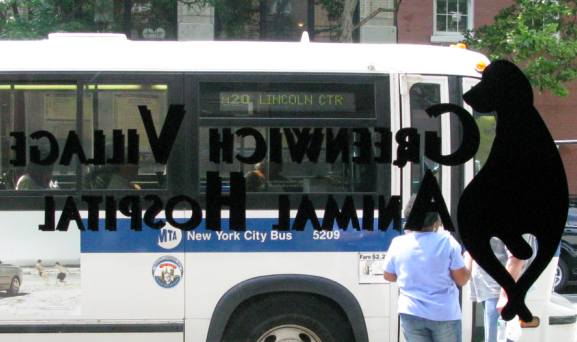 Finney is back from the vet and his sonogram.  I won’t know the results until tomorrow, but the crystals they were looking for were not immediately apparent.  The technician said there was some thickening and irritation, but the vet still has to look and assess. Finney seems better to me but he seemed better the last time. I think they’re so freaked out about being to the vet they hide their symptoms. I got more pain meds though, just in case.

Check out Buddy’s restrained response below. 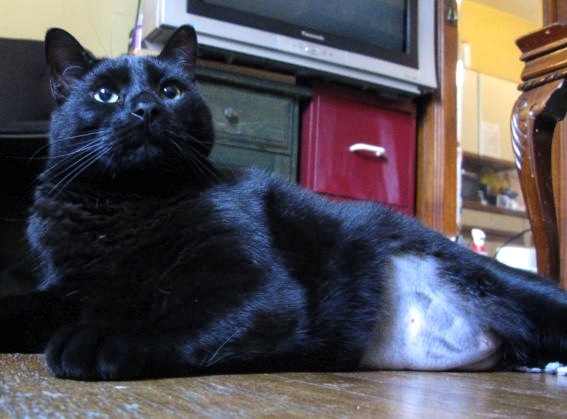 This is the one with cancer! But he still has the energy to play and fight. I want a vacation when this is all over. I’ll settle for the movies. There was something good opening soon, I forget what it was. Thank you for cat lugging Howard! 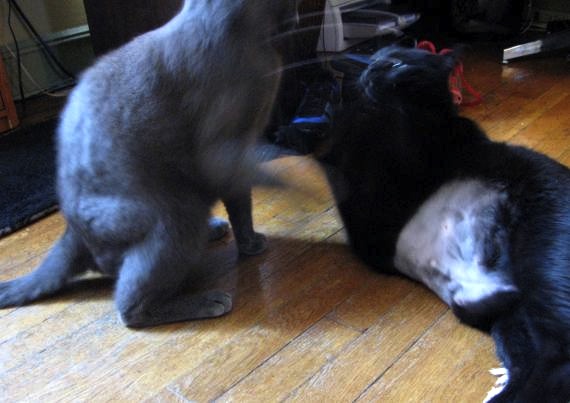