Today I’m going to be in the library almost all day. I might not be able to do what I plan to do. There’s a nearly five hour video I want to watch (a British series about music) but that might be a bit much. There are also a bunch of science articles I need, but I’m going to be at the NYU library today and I don’t know what I have access to there. Probably as much as the NYPL though, right? I just hope I can email them to myself the way I can at the NYPL.

I took this down in the subway the other day. My guess is Roger is some big muckety-muck at the MTA and the workers are not happy with him. That’s just a guess. Roger could just be a co-worker or something. Oh, he’s got to be the head of a union. Okay, that’s the guess I’m going with. The head of the transit workers union. My final answer. 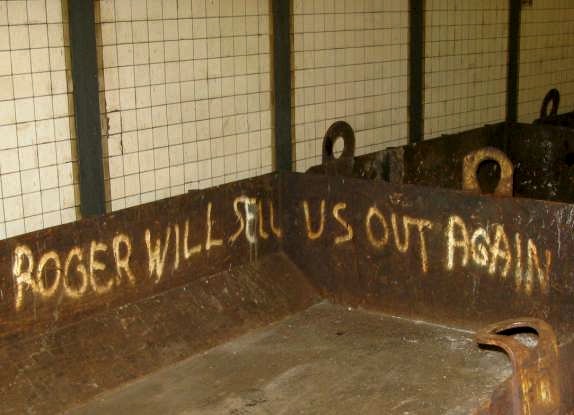 I’ve lived a long time. When do I stop being an idiot?

When did I become a pessimist??

3 thoughts on “I Love Libraries”