I need to get progressive glasses. Someone said I could get them done for less in Chinatown and they were right. I went to a place called Optical 88. If I bring in my own frames the lenses will cost me $145.

Since I plan to bring them my Robert Marc frames, I called up Robert Marc to ask them how much they would charge to put progressive lenses in their own frames. $400. $145 vs $400. Hello??

I am getting very creative about finding everything for less. It feels great though. I’m going to NYU dental school for my dental work next week. It’s not free, but just to show the difference — I’m going to pay $100 for what I was going to pay $843 to my regular dentist, and that’s after the insurance payment!

On the way to Optical 88 I passed by the San Gennaro festival in Little Italy (Little Italy and Chinatown are next to each other, actually they overlap). You can see the Empire State Building in the distance. 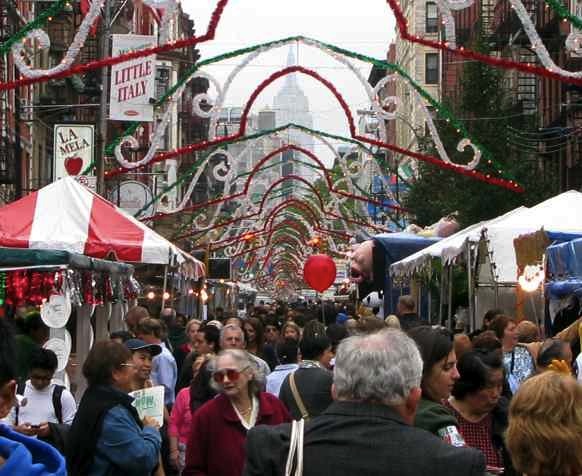 Will I ever get my camera back?

A Break From Kitty Litter Talk

2 thoughts on “Searching for Affordable Glasses”